Finding the best in the Coloured Gem category 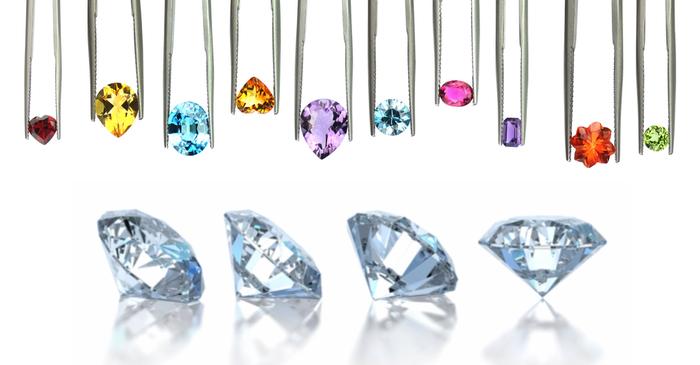 Colourless transparent and Coloured gems can be found in necklaces, glasses or rings, and a number of celebrities and high net worth people hold such rare luxuries. The natural stones are mined and cut in a way to accurately disperse and refract light to look sparkling and bright.

Recently, GIA added Alexandriteto the reports services. The report can be used to find if the stone is natural or lab-grown. There are other parameters which are examined and certified by the organization, and GIA started the Retailer Support Program to help to educate diamond retail staff about the precious stones, Coloured gems, and pearls.

Earlier it was offering such services for emeralds, Paraiba tourmaline, red spinels, sapphires, and rubies.

The stone Alexandritewas first found in Russia and it comes in a three-stone style or with white gold or platinum base. Similarly, tourmalines are neon Coloured or blue or green-blue, and violet in Colour. Tourmalines were first found in 1989, in Brazil, where it was mined in uncommon sizes in over 2 carats.

Blue tourmalines can vary from pale to deep and dark shades, or as saturated navy blue, where some buyers seek the range of Colour or variety to suit their personality, costumes or match their astrological signs. Some of the lighter tones in the stone include brown and yellow-green Colours.

Originally, the white one was most favored but now, some of the most precious stones can be in any of the Colours of a rainbow. There are many Colourless and fancy Coloured diamonds in red, pink, blue, yellow and other Colours. Some collectors prefer violet, purple, green and orange ones.

The fancy ones are recognized for Colour, and their cut is also relevant. The Gemological Institute of America has classified Colours in 27 hues, where Fancy Vivid is considered the absolute.

A flawless white diamond can fetch up to $13 million. One such stone is expected to be exhibited in the Sotheby’s April Magnificent Jewels and Jadeite auction in Hong Kong.

This is, fundamentally, an 88.2-carat flawless oval cut, and its pre-estimate is $11.2 million. This is one of the largest such stones to go for auction in the last five years. It was mined from De Beers Botswana based Jwaneng mine.

A number of new types of stones have been added to the list of exceptional Coloured gemstones that include some of the lab-grown stones made up from radiation treated alternatives formed into cubic zirconia or moissanite. These offer a low-cost alternative to buyers seeking diamonds.

The synthetic brands are trying to improve their base but the natural ones are incomparable and difficult to attain. Historically, the stones were believed to hold magical powers to heal and resolve astrological problems but natural diamonds can no more be extracted from the old mines as all such resources are depleting.

One can attain the natural Coloured ones mostly from the secondary markets.

To find out more about Alexandriteinvestment, check 99 Alternatives at (http://www.99alternatives.com).