Fed Shift in Monetary policy and Impact on Energy Stocks 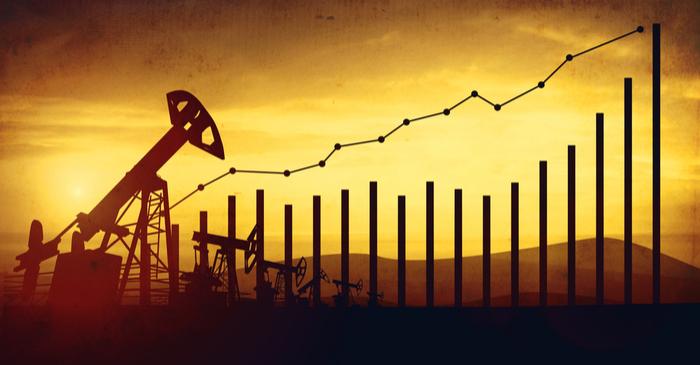 Energystocks gained over the tentative deals on border security funding where the markets are trying to acquire more information about the new trade developments and how US-China can find a deal before the March-end deadline.

Brent was 2 per cent up over OPEC production cuts, where Saudi Arabia said it would produce over half a million barrels in a day. On Feb. 13, the prices gained for the third day, where the gains were capped over steep declines in the US retail spending, almost in a decade, raising fears of an economic slowdown.

Weak retail sale data of the US that was one of the biggest drops in over a nine-year till December, indicating the economic issues are further gaining due to the increase in the number of Americans filing for unemployment benefits in the last week.

There was the prediction that increases in oil production by the US, and a slowing global economy could put pressure on crude in 2019 when OPEC decided toward production cuts to regulate prices.

The IEA, which coordinates the energy policies, estimates the oil demand in the year will remain unchanged at 1.4 million barrels per day. The global supply fell 1 per cent to 950,000 BPD in December 2018, led by the OPEC decline in output, even before; the actual cut plans were implemented.

Higher oil prices can offset lower economic growth.  Last year the price of crude grew 20 per cent, driven by the prospects of a decline in the supply from OPEC, and the leading exporter was Russia.

The OPEC Plus group agreed to reduce production by over 1.2 million barrels per day, and Saudi Arabia said it would cut production more in March than the deal proposes. IEA expects the non-OPEC production growth to stay at 1.6 million BPD this year, which was 2.6 million BPD in the last year.

The involuntary decline in OPEC supply over Venezuela and Iran crisis, and low production from Saudi, UAE, and Kuwait, can lead Brent to average at $70 in 2019, as per the Bank of America analysis.

The clash over the petrodollar and the shift in the monetary policy of the US Federal Research can cause a fall in interest rates and weaken the dollar providing backup for gains in commodities and precious metals. As per the data from CME group traders, there are no further hikes in interest rates through January 2020.

Inflation is the key issue where the Fed may have to reverse its position and change its stance on the monetary policy where inflation strategies have failed to materialize. Due to the increase in trade problems, the dollar gained, and it has been one of the reasons for the increase in inflation.

A restriction on rate hikes can increase pressure on the dollar, especially against the Euro. In the last months, ECB concluded the quantitative easing program to support the European economies.