Feasibility of solar farm installation in the deserts 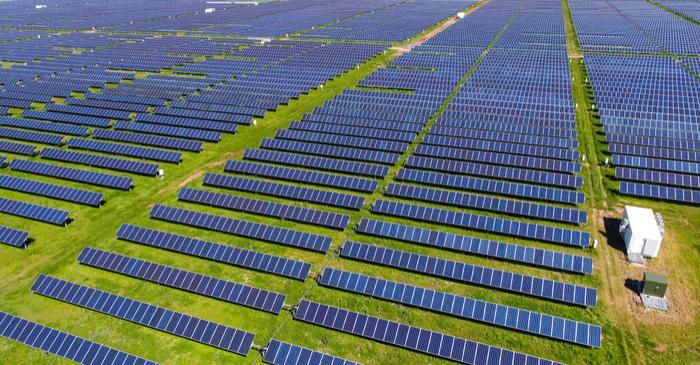 China is leading in a solar capacity where it is producing over 130 GW at a gargantuan that is multiple times the capacity produced in the country like the UK.  Deserts offer the opportunity to trap such energies efficiently.

China’s Tengger Desert capacity is over 1500 MGW and recent development of 5,000-megawatt Dubai Desert Park targets to produce such energy. More than half of the panels are built in China and it is working on ventures where the panels can melt permafrost where trees will grow in the area where these are deployed.

It is not only working on ventures inside the country, but there are many projects targeted to generate power outside like in the Egypt where it plans to build such farms at the Benban Complex that will cover over 37 sq km and generate over 2000 MGW.

The latest developments have made it cheap for the farms to deploy and generate power through such systems where even the oil-rich nations are targeting to dominate the sector in the post-fossil era and deploying such facilities
in the deserts.

North Africa has the opportunity to grow where the sunnier regions in the continent can deliver power to meet the local needs. In the current scenarios, the countries like Russia and Canada have low solar lands and such installations may not be viable at many locations but in the deserts of Sahara, the power can be stored from the sun to run steam turbines and create batteries.

There is a possibility of getting uninterrupted power supplies in the deserts. Gulf has identified the opportunity and has been promoting ambitious projects which will be delivering electricity at a relatively lower price.

Researcher state the farms in Sahara can produce 2000 times the energy produced by the largest power stations of the world or it can be equal to the output delivered by 36 billion barrels of oil in a day. It can produce 7000 times the total need of Europe with zero carbon emissions.

Researchers are working on integrating two different types of mechanisms to get efficient output where the system of concentrated lenses or mirrors focusing system to generate power can be used or PVs system based on semiconductors can produce small scale electricity for buildings.

Both the systems have some drawbacks as the deserts are known to get too hot to function properly. Also, the problem of sand storms can reduce efficiency, in addition to it; both the system needs water to clean the mirrors and cool the system.

The Saharan regions have not traded fossils and there are worries over supply security of solar farms like the project Desertec that was active until mid-2010 but the collapse of oil and natural gas price made the generation of such power unproductive.

However, the booming African population creates a need for electrification where solar energy can provide a clean source to alleviate the situation of crisis in nations like Nigeria.