Demand for vintage watches grows in the Middle-East 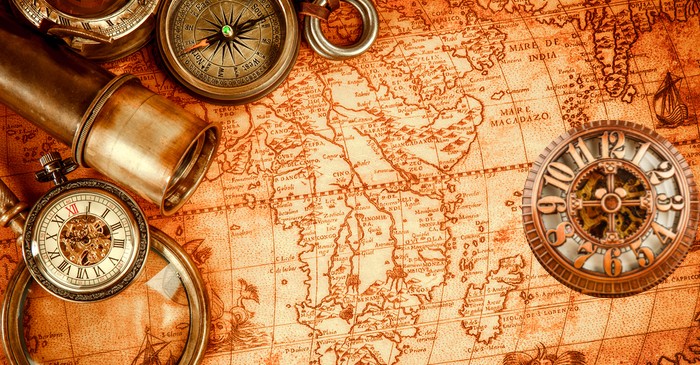 Watchesare complex machineries with certain qualities that make them luxury assets. Vintage timepieces go for investment and some of the watches worn by famous personalities such as the Omega Speedmaster worn by astronaut on moon mission, and King of Egypt - Farouk watch – were some rare pieces.

The watch with the drop of one of the oldest rum of Harewood Estate (near Leeds) is the Speake-Marin Velsheda, which has titanium encased rum, and is expected to go for auction on July 31 2018 at Jewelry Quarter. In June, at Christie auction in New York, a Rolex Submariner (1956 based) was sold at 1 million.

The watch of King of Egypt was auctioned at Christie in the range of $400,000 to $800,000 in March 2018, in Dubai. The Pearlof Bahrain was auctioned for over $250,000 at the Christie’s Rare Watchesauction held at the Geneva. The attraction of the watch was starburst dial and the natural pearls to mark the hour.

The demand is growing in the Middle East and the sale in Dubai marked the highest grosser in watch sale. Christie found the sale grew to £5.1 billion (by 26 per cent) and the total value of sale in the Middle East and EU was worth £1.5 billion more by 16 per cent. Lady’s watches are rarest and now some vintage small dial watches are up for auctions.

Collectors interested in luxury watches invest in high value brands such as Rolex and Patek Phillippe, which have strong demand as timepieces and are considered valuable investments.

Tips to get high priced timepieces

Invest in the ones with mechanical dials instead of quartz. Get vintage collection with original parts. Some sellers can clean the dials with sandpaper or use acid wash to get fresh looks. One can identify the watches by checking the signature, which should not fade in sunlight.  Lume was used in the original 1962 watches (radium) and later, in 1990 the watches used tritium- which can be examined before buying.

Some sellers repaint the dials or replace the original hands. Many watches loose the parts with time and many rare pieces are no more available in market, so buyers have to be careful to get the watch through a trusted seller.

Buy limited edition watches for short term investment. It is advised to spend 5 to 10 per cent in such items and the buyers have to get a proper calculation of the cost and maintenance of such watches.

Buy the ones that require low servicing or storing costs, with higher market demand which can get the best price anytime.

One of the Rolex brands, Rolex Cosmograph Daytona of Paul Newman is one of the leading watches, sold for more than US$ 18 million. The watch was gifted to him by his wife and she bought the watch for $200 – which he gave to his daughter’s boyfriend and it was later sold for 17.8 million US dollars.  Another Rolex worn by the Vietnamese emperor Bao Dai was sold for $5,062,427 in a Geneva auction.

To find more about watch collections and price of the rarest vintage watches, click 99 Alternative – (http://www.99alternatives.com).