Compare gold to silver or rhodium 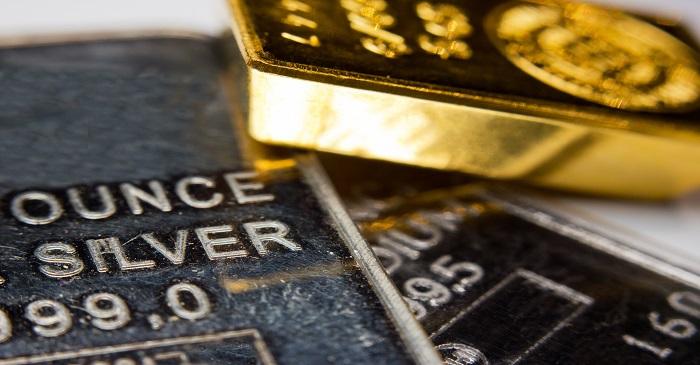 Rhodiumwas at nearly eight year high in August as it rallied 38 per cent to $2,185 an ounce. The prices are 280 per cent more as compared to previous lows and many analysts see long term growth and increase in the price of the metal.  The supply crunch due to low production from South African mines can increase the demand to supply. Demand is highest in auto sector. In future, the tighter supplies and production cuts will, further, lower supplies leading to market deficit, even in such conditions, experts do not predict historical highs of $10,000 an ounce in 2018.

Although, it is showing upward trends, some experts find it highly erratic due to a number of related opaque factors. Most traders believe the prices can be in the range of $2,300 an ounce to 3000 an ounce. In general, the metal follows the trend of platinum and palladium.

The strict environmental policies by countries such as China and US will raise the demand for such metal catalysts in hybrid vehicles that runs on fuel as well as batteries. The metal is used in semiconductor production, which is a key part of the hybrid vehicle batteries. 85 per cent of the supply of such metals comes from China and as US started a trade war with the country; it led to increase in rates due to imposition of the new taxes. Supply disruption was another reason for increase in prices.

The gasoline prices increased 11 per cent till August and more countries are looking for newer options in green technologies. Rhodiumis not used as coins or jewelleries and more than 80 per cent of the demand of the metal is in the auto.

Several US companies cut the profit forecasts due to the imposition of new tariffs, especially, the car makers where the shares of Fiat, GM and Ford were down during the announcement of tariffs.

China’s exports were down in September by 15 per cent as compared to previous year and this was attributed to trade war. The drop in Chinese currency value by more than 9 per cent verses dollar helped in improving exports in the last six months as the products appeared more competitive as compared to other options in the market but long term impact will stay.

China is one of the leading consumers of metals and imposition of taxes hit metal and mining prices in September. This affected the basic resource sector in Europe where many sectors are going negative. Metal prices increased in October because of shift in China policy. Some investors are positive about mining stocks but are worried of the impact on supply chains.

The geo political impact and technological effect made rhodium one of the most expensive in the category of precious metals. A number of investors are seeking gold, silver, pallidum and rhodium   in varied ratios to diversify. It is advised to follow diversified portfolio to reduce negative disruptions caused by trade issues or technological changes.

To know more about rhodium investment, check 99 Alternatives at (http://www.99alternatives.com).