Coffee Arabica could be extinct in 60 years 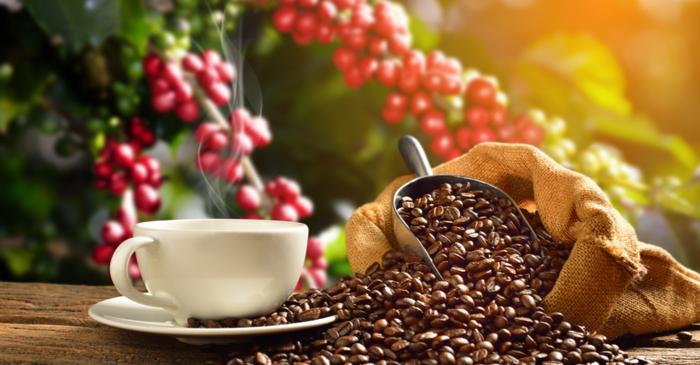 111A recent research by UK-based Kew Royal Botanic Gardens claim 60 per cent of the coffee species may get extinct soon due to climate change, droughts, plant diseases and deforestations, that this will put coffee at risk.  Coffeecan grow only in specific climatic conditions and a rise in temperature by up to 3 degree Celsius in last two decades and increase in rainfall has made it difficult for the growers to get the same output as some years ago. The researchers believe the current pace of deforestation and encroachment can lead to extinction of some of the varieties of plant species in 10 to 20 years.

Journal Science Advances reported the story where a group of scientists from UK and Ethiopia conducted research on the coffee plants and found that the government and commercial organizations need to invest to protect some of the rarest species of coffee. At least 75 out of 124 types of coffee are on the verge of extinctions and 35 of these are not getting any conservation protection.  Head of research at Sucden Financial Ltd., said producers in Central America are making loss as the productivity has dropped significantly.

Arabica has been listed in the endangered list, and it has already been claimed that Arabica may get extinct in 60 years. This variety is essential for Ethiopian growers who are one of the largest producers, where 80 per cent of the harvested land occupies forest like habitat. The research states the country could lose up to 60 per cent of the land, used for growing coffee by 2100.

The journal Global Change Biology also provided in-depth analysis of the impact of the change in climate on the coffee Arabica, which are one of the favorite of Starbucks and most common worldwide. It requires temperature in the range 15 to 24 to grow. In too cold, it suffers frost, and higher temperatures lead to decline in quality.

It constitutes 60 per cent of the global multibillion coffee industries and the extreme change in climate can lead to extinction of a number of such rare species.

Robusta accounts for 40 per cent of the produce and its output may be affected by longer, dryer summers and increasing impact of pests.

Climate conditions may lead to lower yields, higher price and change in taste

The growers in Brazil, Ethiopia and Kenya are shifting up-hills and using newer technologies to increase yield. Some regions began growing coffee in 1970s, and in seven decades, the yield is expected to fall by 50 per cent as per Britain's Royal Botanical Gardens. The increase in yields had been able to keep a lid on price but if it continues to reduce due to climatic effects, the trend could reverse.

Researchers, political groups and businesses need to work towards preserving these varieties. Diversity helps in promoting the growth of species that is resistant to changing climate and pests.  Even to promote GM modified variety of coffee, the diversity should be protected. However, it is very difficult to keep coffee seeds alive in storage. The threats are highest in Tanzania and Madagascar, and proper management and government support may be required to protect it.

To find out more about coffee investment, check 99 Alternatives at (http://www.99alternatives.com).