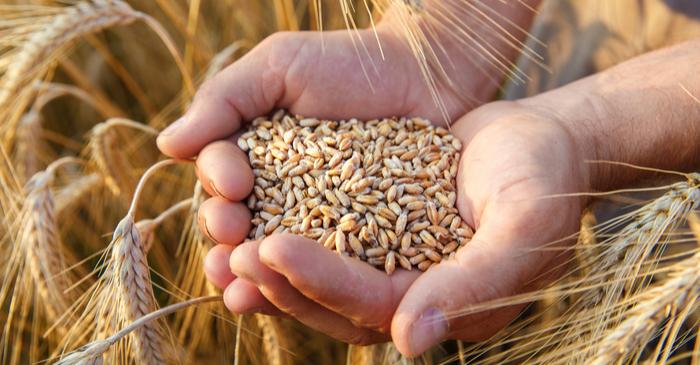 The global wheat production was low in 2018-2019 due to decline in production in Ukraine, Australia and Pakistan, and the projected stock of wheat in US is, now, at 949.3 million bushels, below 1.18 billion bushels in 2016-2017. Cornremained flat, although, the ending stock was low in 2017-2018. Price of soybean dropped over the trade tensions. China is buying wheat, cherries and potato, from Pakistan.  Top wheat supplier in Europe, Russia has started to sell but reports claim it is pricing more. The report by GASC claim it has become difficult to get 11.5 per cent protein wheat in Russia.

Global markets are bullish on Russian wheat and expecting the price to surpass $250/ mt mark. Exports from Russia grew in the first half of January over higher demand. Also, the price of Rouble increased significant in the month against dollar. But it is assumed that supplies are thinning, while, Black Sea price of Russian wheat with 12.5 per cent protein, is expected to be at $238 a ton FOB. Egypt is the largest importer, and it bought 415,000 tonnes till January 9.

The reports claim the exports were 4.3 million tonnes in December and in January; it reduced to 1.9 mt due to seasonal factors.   European wheat remained flat in the week indicating export prospects and the contract at Paris Euronext exchange was settled at 203.00 Euros ($231.42) a ton.

There is uncertainty over Brexit and the rejection of exit deal by lawmakers, partial shutdown of US government and confusion over ongoing trade talks between US and China led to drift in grain markets. Demand from Morocco and West Africa, improved sentiments, but markets are still looking to get better evidence of improvement in export demand.

German traders felt there is not much scope for other exporters, until Russian traders are selling their supplies in the market, where demand from the traditional buyers of Russia- Saudi Arabia, Algeria and South Africa, remained consistent, moreover, German ports have been loading lesser amount of grains in the last few years.

Confusion Over Price and Taxes in UK Export Sales

UK farmers’ future trading relations have been disrupted by Brexit, where the agriculturists are unable to take a call for forward export sales for the coming months. The prices are attractive in market but farmers are losing to other European suppliers as there is no clarity on the final deal on futures trading terms. One of the biggest problems is the farmers are unable to make calculations due to changes in import tax and duties.

If the final EU-UK deal is not positive, the supplier will have to compete with traders from Argentina and other countries, and the rates will increase due to taxes. Poor forwards sales of UK grains are also due to poor summer yields in 2018. Due to low production, Britain had to import grains and the prices were determined by the local market factors.

To find out more about wheat investment, check 99 Alternatives at (http://www.99alternatives.com).