China remains the largest buyer of US government debts 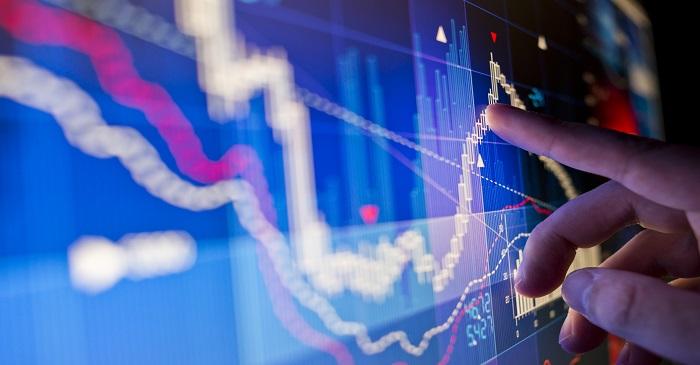 The US treasuries held by China lowered to US$1.151 trillion and the data also finds Japan as one of the largest sellers of US treasury in September where the holding reduced to US$1.028 trillion from US$1.03 trillion at one year low. The overall outflow of US treasuries was US$29.1 billion, where the sale and purchase was handled by both institutional and private investors. At the same time, Washington increased the issuance of government bonds but experts are warning against supply and demand disparity. Analysts’ state the government will have to sell a number of bonds in coming months due to tax cuts and deficits, and US itself cannot buy all.

US stocks fell and bonds rallied in the month of November after the release of National Association of Home Builder’s confidence index, which was down by eight points and this has been one of the biggest drops since February 2014.  The prices gained amidst decline in oil price as investors were seeking options against China’s economy, corporate earnings and Italy’s debt. The yield on treasury 10-year note fell to 3.166 per cent from 3.196 per cent. Rate sensitive industries such as home construction feared increase in borrowing costs, where the New York Fed President Williams said he sees rates will continue to increase, which he finds is significant to lengthen US economic expansion.

The yield on China’s 10-year sovereign notes dropped 51-basis points in the year and costs increased on similar debts. Chinese yields fell 13 basis points, one of the biggest since April.  Despite growth in October, Chinese bonds were one of the worst performers in the year. It is expected the 10-year yield will be at a low by 3 per cent in the coming year, due to pessimistic growth expectations.

Amidst Brexit, British Gilt yields dropped but Irish yields of 10-year hit a month high 1.045 per cent on Friday. It is expected the impact of Brexit on Ireland could hurt Dublin credit worthiness.

Global markets were down in November where Morgan Stanley said the bull market is almost over, even though, the US economy is strong.  The reports claim 40 per cent of the market is already in bear, and the S&P is trading 9 per cent below the highs of September. The Dow dropped 400 points and NASDAQ was down 3 per cent amidst drop in technology stocks Amazon, Netflix and Facebook.  Apple was down due to fears over low demand for the new iPhone.

One of the biggest challenges was the rise in interest by the Fed, which rose rapidly and credit sensitive sectors of the economy are suffering due to such hikes.   Investors are dumping even high performing stocks with higher than expected results. Goldman Sachs urged investors to buy, although, the firm believed the GDP will be slow to 2.5 per cent in next year and 1.6 per cent in 2020. The condition is called cyclical bear market with limited risks, where sell rallies and buy dips.

To find out more about government bonds, check 99 Alternatives at (http://www.99alternatives.com).