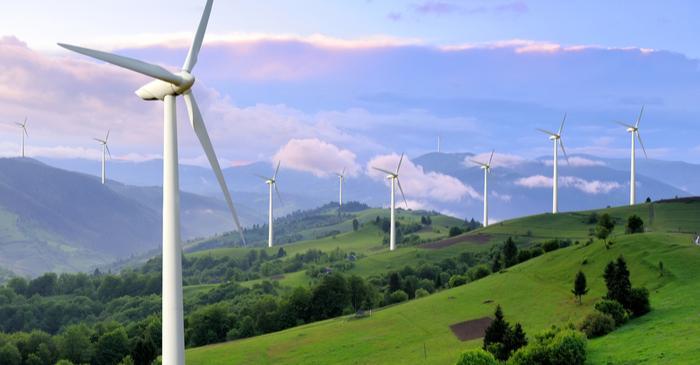 Global emissions are not declining as expected. Last year it was up 1.7 per cent, and subsidies on fossils were up 11 per cent between 2016 and 2017.

Globally, renewables have been deployed, but the demand continues to grow where such options represent only about 30% of the total capacity, responsible for generating 26% of the global electricity where more than 50% of the power is generated by hydro,

while the recent development in the sector in the solar, wind or other areas combined made up for not more than 8 per cent of the global electricity generated in the year.

Globally, 169 countries have created and passed bills at the national level to meet the climate targets, and only 47 per cent have a target of using such options for their heating and cooling requirements.

Countries like the UK are well placed to exploit such options, and turbines have been erected in more than thirty regions from Brighton to Moray.

The offshore opportunities will provide practical help to the companies to successfully achieve their carbon targets, and a joint government body OWIC has been formed to fund for over 10 years in such projects.

By 2030, the growth in the offshore sector is expected to be over £30bn per annum, and the country will be able to generate over 30 per cent of the total requirement from it.

The global investment in the sector was low in the year 2018 where it hit $288.9 billion where China led the investments, but the investments were down from 2017 by 37 per cent.

It was followed by Europe (21 per cent) and the US (17 per cent). The investment declined, even though the low carbon options are now less expensive.

A broadening of investment activity in the wind and solar sector can be seen in Eastern Europe, Asia, Africa, and the Middle East, where investment in Europe increased by 39 per cent.

The cost of decarbonizing the US could be $4.5 trillion, which could happen in the next one to two-decade (as per the analysis from Wood Mac). It is expected that the reduction in the cost of natural gas and the decline in the cost of storage of fossils will enhance the overall ROI.

Funding is needed to install the capacity and to store and distribute power through renewable grids across the country. Gas is one of the key drivers for energy use, which was responsible for 40% of the energy use growth in the last year, and total emissions increased by 2% in the last year on the yo-y scale in 7 years.

The growth in wind and solar was highest, mostly driven by China’s installation, but there is a growing gap between the users and the steps needed to fulfil the Paris agreement.