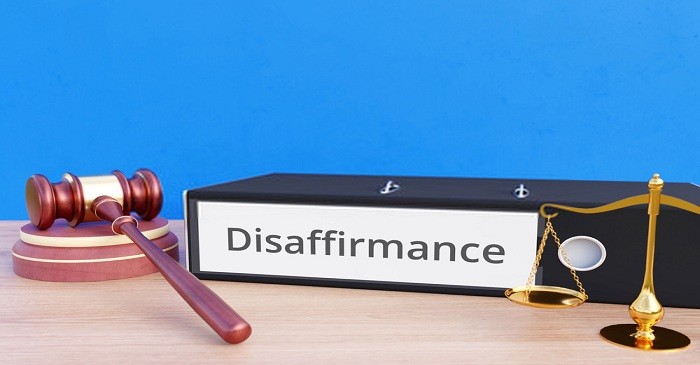 For the creation of a contract, offer acceptance, mutual asset and consideration should satisfy.

In case the parties involved in a contract lack maturity and experience to protect their interest, the law grants the rights to protect them from cheating.

Disaffirmance is used for contractual capacity where it states that any person or party involved in an agreement should be able to understand the meaning of the terms.

Such platforms provide capacity rights to people who are underage or minors or mentally incapacitated or intoxicated.

People who lack capacity are offered necessaries and non-necessaries protection where they need to pay only the fair market value rather than the contracted price of any product in the market.

Disaffirmance allows a minor to forgo a contract at any point unless ratified or in some cases, the minor has to pay the damages or depreciation or need to restore the product and payback the losses.

It provides consideration to both the parties. Minors can disaffirm a contract for non-necessaries and they can disaffirm for a reasonable length of time until they reach the majority.

But once they achieve the majority, the power to disaffirm is immediately cut off.

Disaffirmance should be done on time and when a minor disaffirms a contract, the property that he or she has transferred can be recovered, even if it is transferred to a 3rd party.

For example – If a minor opened a stock account with a broker firm and transferred to defendants, who accepted it by paying the debt amount to the firm.

These shares are kept by the defendants as a security for the unpaid balance from the minor, who continued to buy and sell stocks until the account was closed.

The minor can disaffirm the entire transaction, claiming the interest gained on his transactions as well.

Its regulations are different from ratification where a contract is confirmed after the minor turns 18 and no longer an infant.

The contract can be created through words or actions and if the minor purchases, he has to pay the reasonable value.