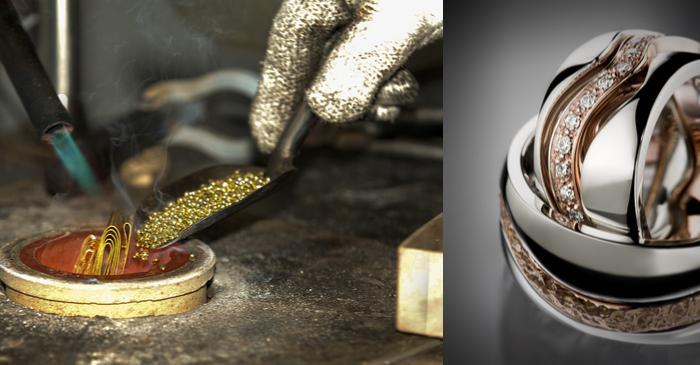 Rhodiumis more expensive in comparison to gold, silver and platinum. In 2007-2008 rhodium price hit around $10,000 an ounce and then during the recession the rhodium pricewas down to less than a $1050 an ounce.

Now the prices are again increasing and have reached one of the highest levels of 11-year at $4200 an ounce, where investors are again eyeing $10,000 an ounce. The metal gained 82% in the current year and its momentum is picking up fast.

Analysts say it is stuck in a one-way market where the marketplace is based on highly opaque trades where the prices are highly volatile. Analysts also predict that another rally to 10,000 can lead to a crash since this appears to be a parabolic rally, which is not healthy for the sector.

It is a member of the platinum family, which has a red colour – like a rose and its electroplating is widely used on materials like jewellery surfaces due to the scratch-resistant properties.

Most of the white gold plating is done from the metal where an alloy of silver, nickel and palladium can be used. These can create a yellowish cast because of slight grey colours.

A thin layer of electroplating is used to create the jewellery and the plating prevents tarnishing and discolouring of the metal. It also helps in improving durability and it gives a smooth finish to the piece but such items may require re-plating over years.

It is, basically, a brittle metal, which cannot be shaped easily and cannot be used to make rhodium jewelry because it cracks like glass but plating enhances durability.

It can be used to plate silver sterling, which makes it appear lustrous and tarnish-free for years. Metals like nickel and lead may, sometimes, cause skin irritation to people who are allergic but a layer of the red metal helps in preventing such allergies.

It is not only used in jewelry, it is also in great demand in the auto sector where it is used as a catalytic converter but the price really makes it expensive and unhealthy for the sector to depend on such elements.

Although, the demand forecast for the metal is expected to grow, especially, in Europe and China, it is believed that the metal will be easily absorbed by the buyers where strategic buying will increase demand and price.

The only factor hindering the rally is a weakness in global economies and the unpredictability created by the trade wars.

How to identify such coatings?

To find out if the jewelry is coated with the metal or not, one should check the retailer’s disclosure where the retailer has to mention in detail about the purity of elements used in the final product.

Or else, one can opt for platinum coats, platinum jewelry or silver to get alternative white plating but each element has its maintenance costs and individual drawbacks.

To find out more about rhodium investment options, click 99 Alternatives at (http://www.99alternatives.com).