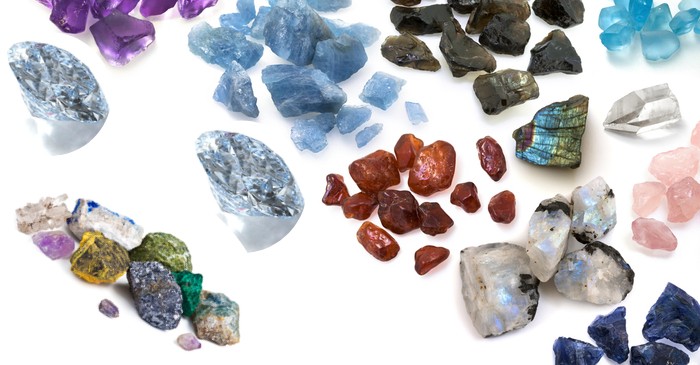 By volume Mozambique supplies the highest number of rubies and this supply will fill the gap caused by depleting mines in Burma and Australia.  The market of diamonds is growingly attracting investors as it is estimated the jewellery markets in gem stones will reach  $292 billion  by 2019,where some of the popular auctions in the world fetched $5.5 million for Rockefeller Emerald (in June 2017) and $420,000 per carat for 8.62 carat unheated Burmese Ruby ( sold in 2006 for $3.62 million ). The market of gemstone is valued 23 billion and investors are seeking rubies as alternative to overpriced diamonds.

Formerly, some of the best rubies were mined in Burma, Sri Lanka, Vietnam, Kenya, Madagascar, Afghanistan, and Thailand. In recent times, the largest ruby assets were found in Montepuez ruby mine in the North-East of Mozambique, where rubies of worth 1 billion dollar have been discovered, and these mines possibly will produce some of the oldest rubies – some 500 million years old, while the rubies produced by Burma mines were 25 million year old rare - stones.  Burmese rubies were one of the gems which were categorised with rare Colombian emeralds, natural pearls, diamonds, and Kashmir sapphires.  Investors believe the potential in Mozambique rubies are high, moreover, these are undervalued to some extent.

Globally, the demand for diamond and ruby is high in high-end luxury section, where buyers from US and China are enthusiastically interested in gemstones.

One of the leading jewellery brands in London commented – some 30 years back people thought coloured diamonds were defective and they preferred only the diamonds in whites, or brightest of all. Now the rarity of coloured stones has been recognized by the buyers and investors believe the value of such rare diamonds will be 20 times the current value, in a decade. One of the rarest mines in Australia of pink diamond – i.e. is the Argyle mine that will deplete by 2020. One of the gems, Pink Star was auctioned in Hong Kong, in April, and the 59-carat diamond was sold for over $71.1 million.

Mustang is one of the leading minor of ruby and is selling rubies from the marketing office in Thailand where, in March, the company sold rubies of value $230,953. The highest interest in rubies was demonstrated by international jewellery brands.

Gemfields Ruby
Pallinghurst Resources’ Gemfields recently sold 95 per cent of the rubies in an auction, in June 2018, in Singapore, and the total yield of ruby was $71.8-million, while, rubies were sold at an average rate of $122 per carat. At least 51 companies placed bids for rubies which were untreated, high and medium grade. This has been a record breaking auction which shows there is a huge demand for ruby in market. This was 10th auction of the company located in Mozambique.

Gemfields Plc entry in colored diamonds and in open-pit ruby mining in Mozambique will fetch the company ruby asset of worth $1 billion.  In 2014, the auction of seven rubies generated $225 million revenue for Gemfields. De Beers are using substitute opportunities, where it is planning to produce lab-grown synthetic colored diamonds that will be designed and manufactured in labs and sold on online platform.

To get some rare information related to investment in rubies, click 99 Alternative – (http://www.99alternatives.com).