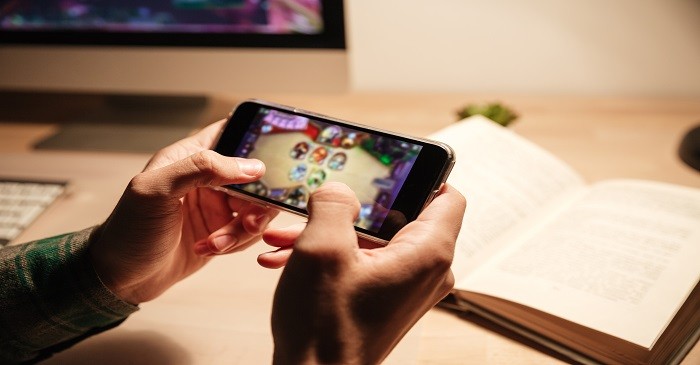 Investors in mobile games find it to be one of the leading new - age entertainment investments as film industry is taking ideas from these and apps are being made on movies. Also movies are made from book stories. Assassin’s Creed and Angry bird movies were initially launched as games and now these diversified into technology-based entertainments segments. The category is more or less dominated by mobile gaming apps and online video streaming, and this raises the desire for investors to buy its stocks. These companies are widely benefited from users’ growing interest in mobile gaming series.

Rovio Entertainmentearning grew in the Q2 of 2018 due to increase in sales in the second quarter.  It is a Finnish company and is listed at Helsinki.  The number of active players of the game increased in the quarter leading to growth in revenue.

The 2018 Newzoo report on the market shows there are over 2.3 billion gamers, while, 50 per cent of them send money on it. This is the millennial trend where the new generation is no more watching other entertainment or media sources such as television channels or computer –based games. The millennial trend is of such gaming and online entertainment, where the industry is attracting people through e sports and other streaming sites.

Battlefield I was considered to be one of the best Xbox games – it is a game by American company Electronic Arts.

PureFunds Video Game Tech ETF was the first ETF in the sector.

PayTm of One97 Comm, recently, diversified into mobile gaming where it invested $16 million in Gamepind, (a Hong Kong based company of AGTech). The new app is designed to give rewards to gamers who can earn while playing and the rewards can be quite lucrative. The concept was initially presented by Nazara, but then, was not widely accepted. Investors seek options in IPO of gaming firms - Nazara which dominates the industry in online market. It aims to enter the offline sector and seeks to strengthen in the emerging markets.

Some of the new apps in markets are making use of artificial intelligence to scrutinize the trends of real time play where the software offers instant advice to the players to improve performance.  Visor is the popular software which involves hyper competitive players for games Fortnite, Dota 2 and Overwatch.  These are player verses player software and about 2.3 billion gamers are already playing it.

The tech-gaming market revenue is greater than $138 billion and the highest revenues are coming from China (US$37 bn), US (US$30 bn) and Japan (US$19 bn), where the Asia Pacific contribution is US$71 bn.

To find out more about investment in gaming stocks, click 99 Alternatives at (http://www.99alternatives.com).