Investment in wind increased in 2018 in Europe 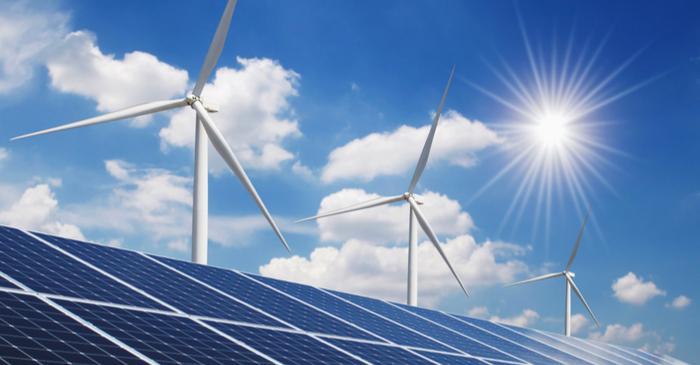 The wind industry spent 26.7 billion euros on new farms, in the last year, as per the report by WindEurope. The investment was almost the same as in the previous years, but the cost of installation declined.

The area is still undergoing modifications and is a relatively young industry, where opportunities to improve efficiency have not been exploited. The expenses on offshore remain the highest as it requires support costs, which constitute 30 percent of the cost of the life cycle.

The researchers at EU funded project ROMEO are developing tools to reduce the transactions and subsistence costs of the farms. The tools will be tested on 3 wind farms in 2020, where its main target will be to maximize the lifespan and minimize O&M costs.

The newly developed technology will be tested in the pilot phase in the German Baltic Sea and the other two tests will be made in UK-based farms.

WindEurope report states out of 190 installations in 22 countries, northern and western countries of Europe accounted for recent developments, and the UK continues to be the biggest investor, while, Sweden is the second largest.

Southern and Central parts constitute only 4 percent of the expenditures made in the last year. Europe needs to continue spending in the sector to meet the target of 32 % renewable for 2030.

The report released on Thursday said, "About 60 percent of the total investments in power generation was allocated towards wind, which makes the last year a record year."

Researchers across the world are not just trying to develop low-cost equipment; they want to improve efficiency by improving the capacity of the turbines.

They are studying the hurricane models to know how the excess wind can be put together with the offshore structures to generate power. The turbines convert the kinetic force of air to electricity and this can be stored at the grids to supply power to different locations.

The research involves studying the impact of collaborators and discovering the properties of hurricanes where the breaking waves can be used to create some significant designs.

The electricity demand will grow in the world with the growth in population and higher development, and electricity is just a fraction of the total energy requirements, which can grow from 18 percent to 40 percent in 2050, where, it is expected that 86 percent of the power will be generated through zero-carbon resources like wind.

Countries like the US can harness opportunities in regions like Southern California where high-speed wind creates conditions for handling the non-renewable crisis.

The recent crude crisis has been creating the prospect for higher innovations in the renewable energy sector, where the OPEC nations tightening policies can further promote investments in the green sector that offers better growth and further opportunities for producing long-term energy.

Since the demand is escalating measures taken to improve the competence of renewables can offer ways to produce cheap plentiful and healthier alternatives.