How the Stock Market Works 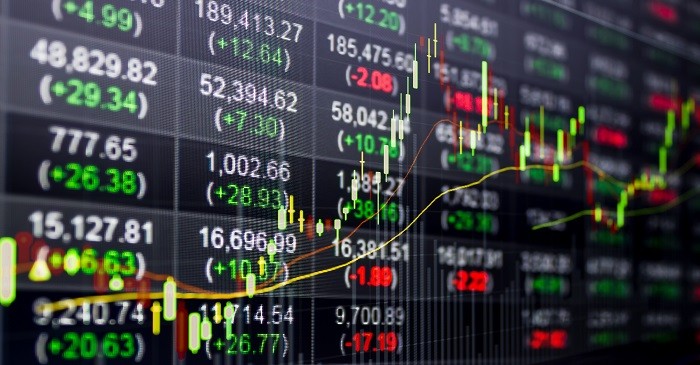 The word “stock” originates from the early days when corporations were called “joint stock” companies. The word stock meant “the aggregate of goods, raw material etc. kept on hand for trade, manufacture or as a reserve store”. The “joint stock” companies were formed when men jointly pooled some of their “stock” (or money to buy stock) such as ships, goods, access to skilled employees, land , buildings etc. to form a large business enterprise chartered as a joint stock company. Today, the word capital is used to describe what once was called stock. The historical meaning of stock survives today, as in “live stock” and “housing stock”.

The first company that raised money through a public share offering where the shares later traded actively was the the Dutch East Indian Company, known by its Dutch initials as the VOC. The VOC raised money in 1602. While it was always possible to sell share most were initially kept as long term investments. An increasingly vigorous trading market for these VOC shares arose over the decades mostly in Amsterdam

The Two Divisions of the Stock Market

The Stock Market can be divided into two major divisions.

1. The Primary Market, which could more descriptively be called the Money Raising Market, where companies sell shares to investors and receive money (also referred to as capital) which they typically invest in assets necessary to carry out their business. Also in this market (successful) companies (eventually) issue dividends to the share owners. Transactions that occur in this Primary (Money Raising) Market include the following:

This Primary (Money Raising) Market does not include trading shares with other investors. An investor in the Primary Market should expect to earn a reasonable return on investment by collecting dividends over the indefinite future. An additional possibility is that the company itself might offer to repurchase its own shares. Thus an investor can earn a good return without ever trading shares with other investors.

History proves that investors in aggregate and on average have received reasonable returns in the Primary (Money Raising) Market – that is by investing their money in corporations and collecting their future pro-rata share of dividends (with no stock trading). Such investors have historically received sufficient returns via dividends to entice them to forego the immediate and alternative uses of their capital in return for uncertain future dividends. This supports the buy and hold approach to the market – on average it generates reliable long-term returns.

When we say that companies raise money in the stock market, it is in this Primary (Money Raising) Market that they do so.

The development of the Primary (Money Raising) Market played a large role in creating the early trading and manufacturing companies in Europe and in financing the industrial revolution and subsequent technological achievements. It has played a huge role in bringing our standard of living and productivity to today’s level. (All hail the Primary Market!). The existence of the Primary Market also led directly and immediately to the development of a Trading Market.

2.  The Secondary Market (or Trading Market) is where investors trade their share certificates with each other. This is the “Stock Market” as we commonly know it. This Secondary (Trading) Market is the one that garners almost all of the media attention.

When a company sells a share certificate in the Primary (Money Raising) Market, that share might later trade hands many many times in the Secondary (Trading) Market.

Investors can therefore use the Secondary (Trading) Market for at least four purposes:

The Bad News about the Secondary (Trading) Market.

For every trade that is profitable for one investor by buying a share at what turns out to be a bargain price, an equal and opposite loss is suffered by the investor(s) on the other side of the trade. This is in sharp contrast to the Primary (Money Raising) Market where if the fortunes of a company improve, all investors make more money and no investor loses money as a result of a company becoming more profitable. Also, for every share that is traded, a third party makes a commission. Thus trading shares is ultimately a negative sum game. Investors in the aggregate must always lose money on the trading aspect of investing.

Still, this trading is necessary and supports the Primary (Money Raising) Market. And, more astute (or luckier) traders will make money at the expense of less astute (or unlucky) traders. But all traders should be aware that they are ultimately engaged in a game that is clearly stacked against most of them. The brokers are always taking a commission and traders in the aggregate must always lose.

Even though trading is in aggregate a losing exercise, almost all investors do and should engage in some trading. The stock market often offers some shares at what appear to be irrationally expensive prices and other shares at what seems to be irrationally low prices. Investors trade to take advantage of this. A trading investor does not have to outsmart all other investors. But a trader does have to be “right” somewhat more than 50% of the time in order to cover commission costs and still make a profit on trading. A certain level of trading activity is absolutely essential to the proper functioning of investing. However, it is not necessary for any individual investor to engage in more than a very minimal level of trading.

A strategy of “index fund” investing allows an investor to follow the average of the trading crowd but at minimal trading costs. It provides an average return at minimal commission or investment management costs. An index strategy does not rely on outsmarting other investors and in the long run derives its returns from the dividends and profit potential of companies and not from other investors.

All strategies except buying and holding randomly selected portfolios and index investing attempt to outsmart other investors. As noted above, this is always a losing game for investors in aggregate, after trading costs are considered. Technical trading and timing the entire market or individual stocks are obviously designed to outsmart other investors. Less obvious is the fact that even value investing strategies such as buying low P/E stocks or selecting only “good” companies with sustainable advantages also rely on outsmarting other investors in order to beat the market average. In order for some investors to beat the market, it is clear that others have to under-perform the market.

The good news on this front is that it seems clear that most investors have little or no expertise in investing and often seek their advice from non-partial sources such as brokers. It does seem logical that more educated investors that apply knowledge, diligence or inside information should in fact be able to outsmart the crowd. In most fields of endeavor, such as sports, the most gifted and hard-working “combatants” consistently beat over 99% of their competitors. Viewed in this light it should be possible for the most gifted and hardest working investors to handily beat the average performance.

Still, analysis has shown, that after trading commissions, it is very difficult to consistently beat the market average. I believe that beating the average requires consistent and diligent application of an intelligent methodology.

Investing in businesses is profitable, on average, in the long run. A diversified portfolio of investments in businesses will tend to earn a good return in the long run. Investing only directly in the Primary (Money Raising) Markets is usually not feasible since it is difficult to gain access to a diversified range of private placements and Initial Public Offers. In addition such a strategy would initially result in all of the money being placed in newer less mature companies. The best way to simulate an average investment in the Primary Market is probably to invest in equity index funds.

Trading and all stock selection methods (including conservative value based strategies) are exercises in trying to outsmart other investors and (after commissions) are by definition a giant losing game for investors in aggregate. Beating the crowd will require an investor to follow a somewhat unpopular strategy and will require diligent analysis or inside information (or access to such). The strategy must be at least somewhat unpopular since you clearly cannot beat the crowd – by following the crowd. Investors should not enter the active trading game or even the stock selection game unless they have good reason to think that they can win a game where by definition fewer than 50% can win.

By investing in index funds, investors can make an average return, which because of low trading costs will turn out to be well above average after commissions are considered.

The inescapable conclusion is that most long term stock investors should invest strictly in index funds unless they have strong reasons to believe that they can consistently outsmart other investors.

Not coincidently, portfolio theory arrives at the same conclusion, on a risk adjusted basis the market index is where investors should place their equity investments. Even if an investor has a strong aversion to the volatility of the index and has other goals such as stability of returns, financial theory is clear that this is best accomplished through adjusting the proportion of investments in the index fund and the proportion in risk free investments.

Those investors who truly can consistently beat the market (and they are probably few in number) should certainly attempt to do so since they can potentially earn much higher than average returns.

There may be merit in following historically winning strategies such as investing in low P/E stocks or even momentum based trading. But these strategies cannot by definition beat the market if they have become too popular. Again, you can’t beat the crowd by following the crowd.

It is remarkable that almost the entire financial community consisting of hordes of advisors and brokers of of all kinds exist to perpetuate and profit from the notion that most investors can and should attempt to beat the market. The reality is that the great majority of investors have no good reason to think that they can consistently beat the market and should stick to index funds to improve their results and raise them up to average, after commissions. (All hail index funds!). All attempts to beat the average will, by definition, result in (on average) under-performing the average after trading costs are considered.

However, some smart investors will indeed consistently beat the average. But it requires skill and a diligent application of an intelligent methodology. Unskilled investors (including those using mutual funds and most advisors) betting that they can beat the market should be aware that the math is stacked against them.