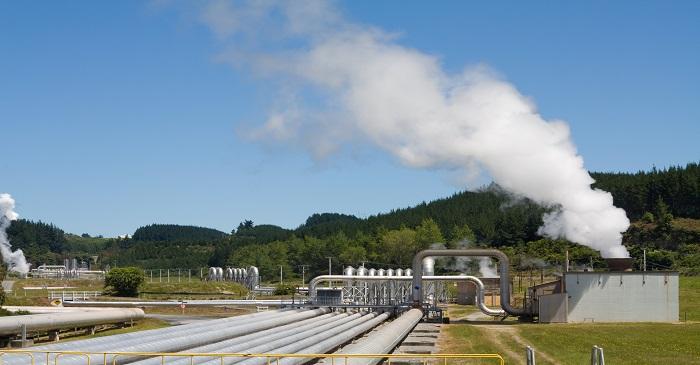 Rapid transition in land, urban, energy and infrastructure is required to prevent the increase of 1.5 degree Celsius temperature by 2050, while, the latest reports claim the reduction in greenhouse gas emission of 45 per cent is needed by 2030 to achieve 100 per cent by 2075.  This is necessary to prevent coastal flooding due to extreme weather, food security and loss of biodiversity.  Cities are pursuing strategies to focus on land use, transportation, building sector and infrastructure. In US, geothermal energies can provide economic opportunities to the native groups where there is a need to harness the energies appropriately, but there are challenges due to spiritual reasons.

Regions such as Yellowstone National Park have hot springs, where one can grow thermal features to produce energy for everyday use.  But the natives have deep seated connection to these hotspots. Such energies can be used for fish farming, curing, drying fruits and vegetables and to produce power plant.  As per NREL, the total potential of such sites can account for 2 per cent of the geothermal potential and generate up to 236 million MWH of energy.

The tectonic plates between the Atlantic, North America and Europe can provide sites where the bubbles coming from deep underground indicates the potential of the heat underneath.  One of the ways to make use of such energies is to drill where technological equipments can tap the temperature and pressure to unlock the amount of energy and make it accessible.

Some of the leading producers of geothermal energies are US, Philippines, Indonesia and Turkey. Uganda has at least 24 sites where many projects are working to generate more than 100 MW of energy by 2025.  The representative of the country claim the demand for electricity grew at the rate of 8 per cent per year where the overall capacity of the power plant is up to 893 MW. Similarly, in January 2018, Turkey was generating 81,555MW of licensed energy. The energy demand in Turkey grew 46 per cent in years from 2007 to 2016. The government introduced petroleum law and electricity market laws to liberalize the market, to reduce dependency on the imports and vulnerability of energy markets.  The total energy demand in 2023 is expected to be around $110 billion – which will be double the total of the last decade where the renewable is the most untapped area in the country.

US Suswa based firm CYRQ Energywill be spending Sh30 billion to generate 330 MW geothermal power. Regulatory issues and feasibility studies were conducted in Kenya, where the project will start in two years to deliver 75 MW in the initial phase and 330MW in subsequent phases. Country such as Iceland has been making use of such energies to meet 25 per cent of its energy requirement. Some reports claim Iceland became one of the richest countries of Europe by making use of such methods to generate electricity, where, 70 per cent of the electricity came from hydropower.

To find out more about geothermal investment, check 99 Alternatives at (http://www.99alternatives.com).