Gold is a special kind of currency 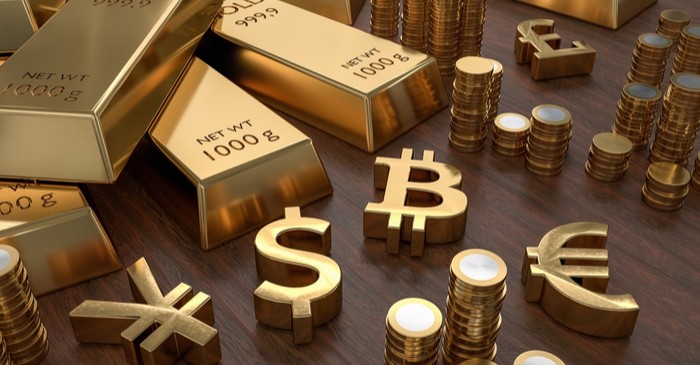 The study on gold published on Washington’s blogs states the U.S. fiat dollar value lowered by 98.4 per cent, from the time of its introduction, in 1913, when the price of gold was $20.64 an ounce. Another, reports claims the average life expectancy of a fiat currency is 27 years, and those of lower denomination notes, is less than 10 years.

Gold is neither a commodity nor an asset. Gold is more currency than any other commodity. For centuries, gold was used as money, practically; it has no industrial use and is not a rare luxury collectible. It is believed that its price is driven by scarcity but its monetary aspects cannot be ignored.

During the quantitative easing program to reinstate economy, the Bank of England printed billions of paper money and this raised the need to reforge the link between paper money and something, valuable.

Today, the system to maintain all currencies backed by gold is needed to prevent crisis. Gold is globally used as a medium of exchange. In future, more and more countries will accept that gold can be taken as an alternative for fiat currencies.

The global economy entered a volatile phase in post –recession phase, where the value of paper money could go up or down anytime. Market studies claim the value of currencies is, somehow, related to gold prices, where if the price of gold is volatile – the value of money gets unstable.

Gold is more valuable as compared to paper money

The Central Banksacross the world are printing trillions of Euros, Pounds and Dollars for quantitative easing.  There has been a great division between economists on printing paper money.   A former banker, Detlev Schlichter, author of Paper Money Collapse claims the system of paper money is fatally flawed because paper money can be reprinted, created anytime, by the Banking system.
The global monetary system is still governed by paper money but the demand for precious metals has increased. Gold helps Central Bankers to take remedial actions at the time of crisis.  Money that is tied to tangible e.g. precious metals or gold is stable, and this helps in preventing volatility.
It is assumed that the various forms of paper money, or fiat currencies have collapsed in past over centuries, and precious metals have remained in demand as valuable commodities.

Global Central banks are no more buying dollar, instead, they are buying precious metals.
For forty years, after 1971, US currencies overturned US from a creditor to debtor nation. The other nations are following the same trends. Most countries are no more based on gold standards, and a number of global currencies are becoming worthless as it is printed as much as liked by some financial institutions.

Taxation on precious metals removed in the US states

The interesting developments in the US, took place in Wyoming, Arizona and Utah, where the states passed laws to declare precious metals free of tax. The Wyoming Legal Tender Act (WLTA) removed all forms of taxation on gold and silver bullion, and these policies reinstall gold’s suitability as a global currency.