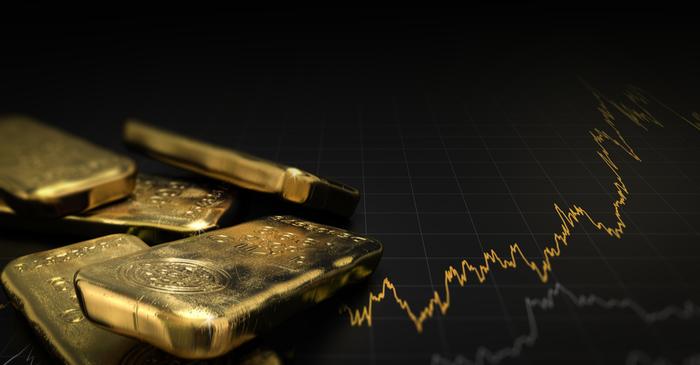 Historically, gold has been used to exchange goods, which indicates that it holds a certain value. An investor buys it as its price movement is almost predictable. Its relationships with the dollar remain divergent, but the yellow metal provides a kind of insurance against risky market factors.

Since the Great Recession, its price has increased 32 per cent, although the stock market has gained over 150 per cent in the last ten years. Buyers can either get yellow metal or silver. Both can be owned in pure bullion forms or the form of jewellery. One may have to store, protect and insure it, or invest in future ETFs to evade the storage complications.

Gold Futures provides an option to own the metal at a future date where with a small investment, one can gain access to larger volumes in futures.

ETFs provide a method to get a basket of such funds through a standard brokerage mechanism. The SPDR Gold Shares can offer the opportunity to sell or buy in the cache of physical gold held with the World Gold Council.

Cash for gold is the universally available and known option, or else one can get shares of the mining companies, which can give returns and dividends. When the prices increase, the miners may profit and return in the form of cash to the shareholders.

Similarly, as the prices decline, the shareholder may suffer a loss. Some of the leading mining stocks have mixed trends, but their growth can be influenced by political factors like the Acacia mining that tumbled due to the change in Tanzanian export rules.

Venezuela's commercial exchange and the role of yellow metal

Venezuela's financial operations are suspended, the economy is in a meltdown state where the bank notes have become worthless, and the government needs funds for food and hygiene. The US government imposes sanctions to stop Maduro from using precious metals.

The US president pressurized the UK to restrict the release of $1.2 million in Venezuelan gold reserves that were stored in the Bank of England, and the US warned the foreign buyers to back off from such deals as one of the Abu Dhabi based firms showed interest in it.

A part of gold from Venezuela was exported to Turkey in exchange for consumer goods, where the trade between the two countries increased eight times in 2018. Juan Guaido, the opposition leader of the country, has been recognized by many nations as the legitimate president of Venezuela. As the Venezuelan currency value is very low, people use gold to get the US currency in return.

The recent restrictions imposed by the US president on buying gold do not apply to foreign nationals, and Turkey has been giving products in return for gold. Turkey assured America that all deals had been made as per international law.

In December 2016, Venezuela started the flight to Istanbul, which carried yellow metal from the Central Banksworth $36 million.

Last year the value of such shipments reached $900 million. Local Venezuelan economists are against such an unusual mechanism of commercial exchange, but the government needs it to sustain it.