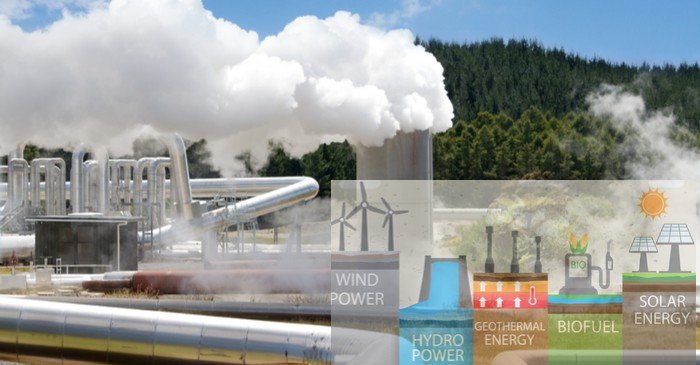 Thermal energy can be solar, coal-based, hydrothermal, wind-generated or geothermal. Solar thermal power options are part of the low-cost PVs which can delivers power through solar energies, and this is, extensively, popular in China where recent developments in Gansu and Qinghai Province, aims to trap such thermal energy storage system to flexibly deliver electricity, anytime, day and night.
Different types of technologies are used to create thermal stores. Geothermal power plants are earth-based thermal stores that can produce energies, irrespective of the climatic changes. Geothermal global energy output was 84 TWH in 2016, and such power production can be seen in the Philippines, Turkey Mexico and Indonesia.  China and Turkey use up to 80 per cent of such energies for their needs, and in Turkey, 30 per cent of the total thermal energy produced goes in farming.  This energy generation system is widely adopted in European countries such as Germany, Hungary, France and Netherlands.

In the US, about 25 billion barrels of hot water comes as a byproduct of geothermal effects. Proper management and extraction of such energies can provide the country with sufficient energy. It can be used for electric power generation, direct utilization, pumps, and are available throughout the year, only shutting down for maintenance. Countries such as Taiwan and Argentina are discovering newer ways to use such energies for electric power generation, worldwide utilization and distribution of power, which, has increased significantly in the past two decades.

Geothermal power generation system has been used for power generation in the US, where a steam driven plant has been built at geothermal energy source (called the Geysers (California)). The hot spring from such sources were discovered in the 19th century but drilling started in 1924, and by 1990, there were at least twenty-six plants, which were delivering greater than 2000 MW of power. The initial system of utilizing of the energy led to loss of steam in air by up to 60 - 80 per cent.  The power delivered by the plant was able to provide electricity to 100000, additional, houses in 2008 due to the installation of new project in 2003.

Turkey government has plans to expand in such areas and as per the 2014 plan, it started implementing different renewable sources to produce electricity of 34 GW where about 1 GW energy should come from geothermal sources by 2023. The strategies involve energy transactions, new business models, financing and policy making.

Thermal energy stores can be best utilized by constructing energy efficient homes and offices, where the untapped renewable source of energies could deliver larger share of the energy and electricity requirement.