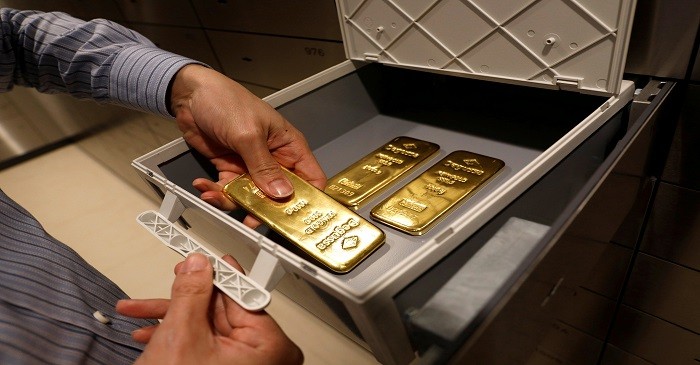 LONDON (Reuters) - The World Gold Council, owner of the world's largest gold-backed exchange traded fund (ETF), is launching a new fund with a cut-price management fee to fend off rivals with lower charges, a source familiar with the matter told Reuters.

The move is a sign that cost competition among gold ETFs is heating up after a price war in the much larger equities ETF sector slashed management fees. Gold ETFs allow buyers to invest in physical gold without having to buy and store the metal.

The council's SPDR Gold Trust, which launched in 2004 and trades using the ticker GLD, dominates the industry but its share of total bullion held by gold-backed funds has slipped below 50 percent from 75 percent at the start of the decade, Reuters data show.

GLD's gold holdings have risen 5 percent since the start of last year while rival iShares Gold Trust, which is run by investment manager BlackRock; with a lower management fee, has grown 47 percent, by far the fastest growth among the five biggest gold ETFs tracked by Reuters.

Other low-fee funds such as Deutsche Asset Management's Xtrackers Physical Gold ETC are growing rapidly and others such as GraniteShares, launched last year, are popping up.

GLD charges a fee of 40 basis points, or 0.4 percent, of the value of an investment, around the higher end of the market, while iShares Gold and Xtrackers take 25 basis points and GraniteShares 20 basis points, near the bottom.

The council's new fund will charge a fee of around 25 basis points, said the source, describing it as a "countermove" by the council to rivals' gains.

The source said the council's two funds were designed to appeal to different audiences, with the new product targeted at investors looking to buy and hold gold who want a low management fee, and GLD aimed at financial investors who use its scale and liquidity to trade in and out of positions cheaply.

"The idea is that the new product grows without damaging the existing product," the source said.

To keep the offerings separate, shares in the new fund will represent a smaller allocation of gold than shares in GLD. This smaller share size will make it more expensive to move in and out of positions, encouraging financial investors to stick with SPDR, the source said.

The World Gold Council filed for the new ETF in November last year with the U.S. Securities and Exchange Commission, but did not reveal its management fee or share size. It is expected to launch the fund in the second quarter.