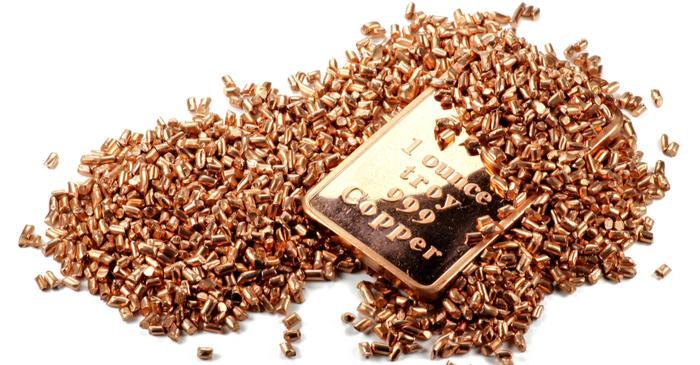 Copper has been under pressure in the last few months. It was steady before the G20 meet and had undergone the worst quarterly performance since 2015, mainly due to the protectionist policies adopted by the countries - US and China.

The price of Benchmark copper was down at the London Metal Exchange by 0.1% to $5,993 a tonne in the week before the G20 meet.

It was priced at more than $7000 a tonne in June last year, and now the price at the London Metal Exchange as of July 3 was $5,883 a tonne - almost to the weakest since June 18. The red metal is used widely in power and construction projects, and in the last quarter, its demand in the sector was down 7.4 per cent.

One of the key factors impacting the metal is the low Chinese demand, which is consistently declining. The consumption was low in the first five months of 2019. It is used in the power sector, where the demand dropped almost 16% Y-O-Y in the month to May.

In construction, the demand declined almost 5.5% in May (YOY), and in the AC production sector, its demand was subdued by 6.4% YOY to May.

Its demand declined significantly in the Chinese transportation sector, but analysts believe the spending will increase in the infrastructure sector, and it can lead to a rise in price by 5% in the year.

There are other factors like poor data from the factory activity across Europe and Asia, while the US manufacturing activities were at a three-year low.

In July, the prices touched a two-week low on July 3 on the uncertainties created over China-US trade talks and increased pessimism in the sector. Market experts believe protectionist policies can weaken it.

Chinese stimulus could help certain base metals in the second half of the year. The US president said the talks with the Chinese have been said to be a reason for slow economic growth, but he had not promised to give a reprieve from the tariffs.

Chinese buyers have been looking for alternative sellers of the high-grade red metal scrap, while the government imposed new restrictions on the import of scrap where it said it would not accept shipments of solid waste like foreign garbage.

The restrictions will apply to eight types of scrap metals imported from July 1, including high-grade copper and aluminium scrap.

For the manufacturer, copper scrap is seen as the most important of all the restricted list as it can be recycled and used as a new metal. The Chinese government announced quotas for such imports, which will be provided by the environment ministry.