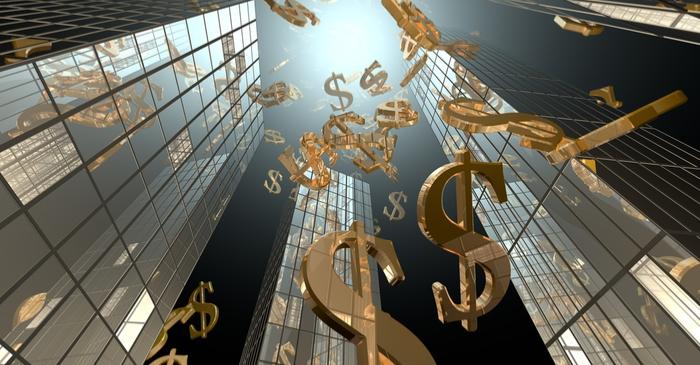 In comparison to cryptocurrencies, metal investment cannot be hacked. It can be sent seamlessly and reasonably from any part of the world to another.  It is fungible, detachable and easy to hide and store.

According to the reports from National RetailFederation - On Valentine’s Day, people invested over $3.9 billion in jewellery, where the US demand was one of the highest in nine years. The WGC said the demand increased 4 percent from 2017 to 128.4 tonnes in 2018.

A pause in an interest rate hike and other factors such as the possibility of a trade deal, or even a no-trade deal, can support the yellow metal. The US Treasury yield has been declining since last fall over poor economic conditions, and it may further diminish, which will support such forecasts.

As per the Institute of International Finance, the global debt increased to $244 trillion, which is 3 times the size of the global economy. The huge debt raises a number of possibilities and risks where the metal can offer support.

Central Banksincreased buying by 130 per cent in Q4, 2018, to 650 tons, as per the data of the World Gold Council. It is believed that the banks may buy more this year as the decline in the dollar is suspected.

The Chinese market is mostly becoming consumer-oriented, where the imports will increase, and exports may descend. China’s economic growth may increase, which will support the demand for such commodities. The boom in price in the yellow metal is also supported by the lack of supplies as the mining production is declining.

China has had tremendous growth since 1968, and Japan like stagnation cannot be seen in the country. It is doubtful that Yuan will replace the dollar, but even if it does, gold will gain. China’s economy is based on flexible policymaking, and a slowdown in the economy can be seen this year, where the GDP growth declined to 6.2 percent, in 2019, while, its debt burden is growing. This can lead to growth in metal prices.

Russian Financial Ministry announced to eliminate the VAT on gold buying to promote investment where, currently, there is a 20 per cent tax on bar purchases, where the Finance Minister had previously backed the tax abolishment citing the requirement for capital repatriation.

In Europe, fund managers are recommending diversification in such asset classes. To value asset class - cash flow or other methods are adopted, but these methods cannot be applied in the case of gold. Further, the valuation is not directly related to the markets, even not uncorrelated.

Mining firms are expecting the price to reach $1400 an ounce. Last year August, the metal rallied 12 per cent and many believe it is still a buy as the demand for the dollar is declining. Goldman Sachs expects a rally of 4 percent to $1375 an ounce this summer, and a hit at $1425 in a year time, gaining over 8 percent.