Why is platinum better than gold 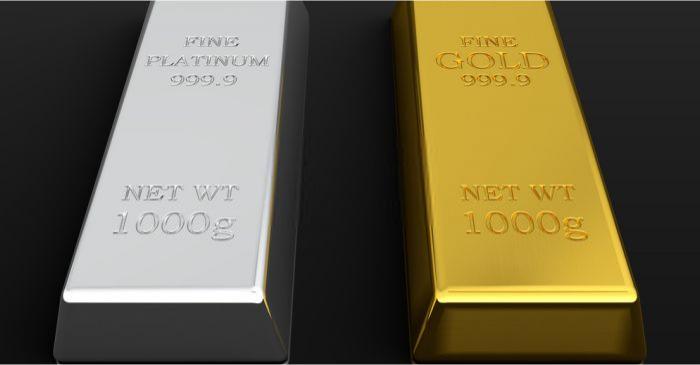 The best-performing metals in the midweeks of December 2019 were platinum where many investors and money managers increased their bullish outlook as they took a 22-month high net position.

Even the gold traders were bullish. Bullion grew as the Federal Reserve signaled that it would keep the rates stagnantGold vs Platinum.

The interest rates by the Federal Reserve are also determined by the push and pull of the global economies where the US-China is trying to maneuver the global trade arena.

The price of the platinum group of metals is expected to grow in the coming year as the South African output dropped 4.8 percent in 2019 as compared to the last year.

Reasons to invest in goldand the gold price UK

Turkey is one of the leading consumers of yellow metal and there has been an increase in demand for the metal in the country in the last quarter. The reserves in Turkey increased $348 million from the last week that was 38% y-o-y.

The softening global economies and the central bankers are supporting investment in the yellow metal in the next year but still there exists a lot of uncertainty in the market due to dysfunctional politics across the globe in the US and Europe.

The CPM group forecasts the price to be around $1540 an ounce in the next year and it is expected the average can be around $1395 in the current year.

It is assumed the central banks may buy 20 million ounces on a net basis, which is expected to increase in the coming year.
Also, the buyers believe the central bankers are more reliable, in terms of, identifying the patterns.

The WPIC stated (in its quarterly report) that there exists a surplus of platinum in 2019, and the strong investment demand – may lead to a deficit of supplies for the year 2019 to 30,000.

It is estimated an increase of 12% in the demand may be seen where a substantial rise in ETF buying and growth in overall consumption despite the fall in demand in the automotive sector (by 5%), jewelry (6%) and the industrial demand (1%) can be seen.

ETF buying was strong in the first six months of the year 2019 and the trend may be carried out to the next half where the buyer is holding ETFs worth 1 m ounces.

Such investments are mostly made by the institutional buyers who seek opportunities to diversify from the negative-yielding debt equities into the precious metals.

The demand for platinum has been strong where the prices have not fared well but in comparison to other PGMS like rhodium or palladium, it is considered better.

The investment demand may continue to remain low in the coming year due to supply excesses and above-ground inventory. As the demand for the black metal declined in the diesel car sector in Europe – platinum is expected to suffer.

For investing in jewelry, the buyers are advised to be careful to avoid options where the price of the metal is low and the cost of making is high.

To find out more about platinum uses and investment, click at 99 Alternatives