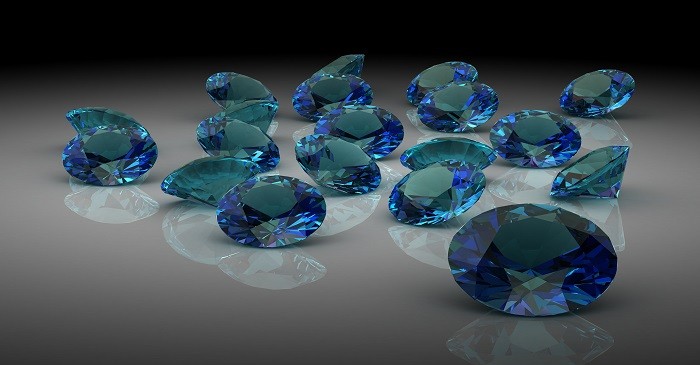 Gemstone and diamonds auctions make headlines each time with new prices. Diamondsare not the only gem stones becoming so popular; people are investing in other rare stones such as rubies, sapphires and Alexandrite. Alexandriteis a colour changing stone, which has amazing colour features where one can see it as emerald in the day time and ruby in night. The element chromium is responsible for some of the richest red colour of rubies and greens of emeralds. Also, the stone looks different colour from different directions. The various minerals in the stones make an extraordinary combination depicting different patterns of crystal layers leading to extraordinary display of colours.

In 2007, investors could buy a blue diamond for $20,000 to $30,000 per carat. Now the rates are more than a million per carat. Similarly, the rates of other rare gems have gone up. Alexandriteis endorsed by rich buyers in Russia, Japan, US and China, and the minimum price of one carat of can be more than $15,000.  The price of gemstones jewellery with such rare stones can range from $50,000 to $70,000 per carat. One has not discovered stones of alexandrite of more than 10 carat.

Approximately, there are 4000 minerals on the earth and such impurities create some of the rarest stones, which are incredible due to their strength, chemical compositions, optical characteristics and structure. Three to four decade back coloured diamond was believed to be a flaw, but now investors are seeking coloured stones as these are rare and beautiful. One of the largest alexandrite was displayed at auction in Dubai in 2016, and the combination of minerals and extreme temperatures required for the formation of the stone made it scarce. Initially, these stones were found in Russia and were not found elsewhere. Later it was discovered in the mines of Brazil where it showed colour changing characteristics. Experts claim the stones from Brazil are not prominent in colour green and are less able to depict the green variation as compared to Russian stones.

In 1990, such stones were also found in the mines of Tanzania, and now it can be found in other regions such as Sri Lanka, Madagascar, Burma, India and Zimbabwe.  The stones from Sri Lanka are brownish red in artificial lights and green in day light.  It is unique and magical. The stone inspires creative ideas and pursuits.

New investors are trying to gain more information about stones investment and the latest technologies in mining have made it possible for the miners to get some of the unexplored rare gems mines.   Most of the fancy coloured diamonds, sapphires and vintage pieces make some of the most expensive part of a gem collection. The stones approved by the Gemmological institute can guarantee the quality, and ensure its value in market. As per Fancy Colour Research Foundation the growth in rate of coloured gems was more than 154.7 per cent in the years from 2006 to 2014.