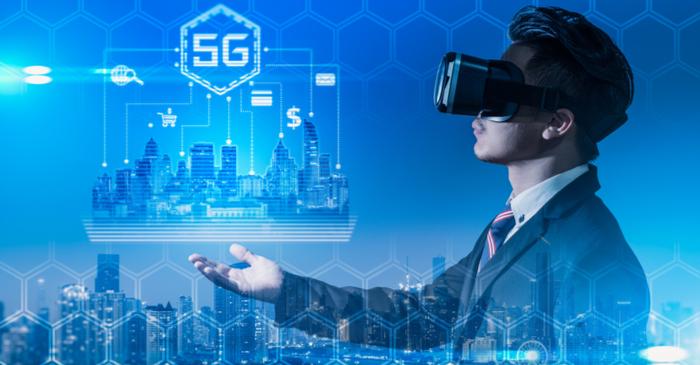 5G promises ubiquitous connectivity with better bandwidth, ultra reliable streaming, low latency and configurable network solutions, which can, dramatically, improve the functioning of broadband markets, where new provisions coupled with cloud and A.I., can be found. Such systems may accelerate entertainment business, providing faster customized on-demand services, increasing competition in the gaming sector. Companies are preparing to integrate the features of 5G in websites, songs, streaming movies and videos, where it is assumed the downloading will become 10 times fasters in comparison to 4G. This has already started replacing 4G in many sectors in the US where companies such as AT&T, Sprint and Verizon are preparing to launch the smartphones compatible version in 2019.

Intel demonstrated recently, how the 5G-enabled devices have better video game graphics. CES is launching the 5G compatible mobile, and Samsung is also preparing to bring such devices in the coming months in US. Qualcomm released the same for Chinese markets, which is another version of initial set and it may be come up in US in coming years.

Musicstreaming and gaming will undergo major changes this year, where companies may integrate new VR features. The reliability and speed will increase, where machine-to-machine interaction will become faster and communication will improve. AI enabled sensors will help to develop safer roads and factories. This will allow workers in a company to communicate from their locations and reduce the chance of accidents.  Remote monitoring will become easier and alerts for mudslides, tsunami, earthquakes or other environmental damages could be predicted in a better way.

Cloud gaming services will be launched by Verizon Gamingthat has prepared to use remote servers to stream video games, where the servers run the game and the player gets a video feed through cloud.  This allows the user to play from their computer or mobile, and server conducts all the heavy data lifting. The players no more needs to download set up files on desktop or mobiles to run the latest versions.

Verizon released its CES where it will provide detailed information on how 5G can improve transfer speed, and what will be the effect on AR on gaming applications. A router was released by Verizon to convert the spectrum into Wi-fi. Many new companies are venturing into this sector where the companies such as Yahoo Japan, Chat app operator, online retailer Rakuten and others are entering gaming.

Microsoft is expected to roll out the Proejct xCloud, which will promote new streaming for video games and it will allow players to participate in high quality video streaming running on different devices. Mobile only players may not need a console to play such games.

A number of websites will become 5G compatible by 2020 and higher fidelity streaming will provide live experience, where the popular artists such as Amy Warehouse, Maria Callas and others could upgrade experiences and bring their albums to broader audiences.  Gamingdistribution platform has been announced by Epic Games, which will provide stage for creating and integrating Third party titles.

To find out more about gaming investment, check 99 Alternatives at (http://www.99alternatives.com).