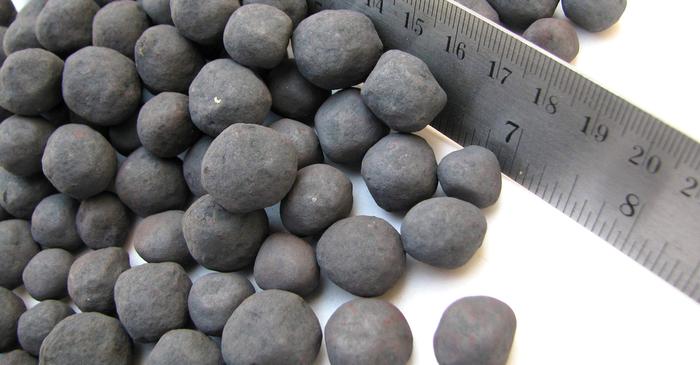 According to the Metal Bulletin, lower-grade orerallied by 58 per cent fines closed at the highest levels since September 2014. The Chinese steel mill margins are restrained, and with the increase in prices in the market, the margins may go in negative.

This can result in a poor purchase of iron, leading to limitations on price rise. Mills may be diverted to seek alternative low-grade suppliers to reduce costs.

Ironore mining firms are selling at higher prices where the Chinese imports price of 62 per cent ferrous content increased 5 per cent, and it traded at $82.53 per dry metric tonne, as per the data by Fastmarkets MB. The price of steelmaking raw material increased 13 per cent year to date, and high-grade Brazilian 65 per cent Ferrous content oregained to $97.60 a tonne.

The price of shares of Alderon IronOre Corp was at $0.445 over the positive movement of ferrous metal demand. Earlier, the price was at $0.415, and on Feb 14, it ended at $0.445. Many such stocks offer profitable options in industrial metals, where the investors are unable to make a decision, and some are unable to trust due to the lack of proper research.

Ichimoku Kinko Hyo provides a technical trend analysis system developed for the Japanese markets and has been in use for decades. Ichimoku indicated solid momentum for the Alderon stocks.

China consumes 70 per cent of the seaborne-traded iron, and its demand fell in the last year to the lowest since 2011. In December, the imports were higher but overall flat on as per month–on– monthly basis.

The key players in the sector are BHP, Rio Tinto, and Vale, known for high-grade supplies, but their premiums have been falling over the price increase, leading Chinese buyers to switch to low-grade supplies. The companies are expecting Chinese imports to grow in the coming years.

China’s average output declined to the lowest in the last month of 2018 at 2.46 million tonnes, and its total production abridged to 76.1 million tonnes.

The trade talks between the US and China can stabilize prices, whereas a slowdown in the Chinese economy can hinder the growth of related stocks. In the case of iron oremining firms, the near term fundamentals are average, and supplies are plentiful, whereas demand can increase with the weakness in US-Sino trade agreements.

China is the largest steel buyer, and a decline in local demand in the automotive sector and real estate can cause a decline in overall trade. The steel exports from China declined 8.1 per cent y-o-y, in 2018, to 69.33 million tons. Lower global demand can further hinder trade, and the imposition of tariffs can restrict further deals.

Steelprices gained in 2017 by over 30 per cent and remained enduring, but slowing the Chinese economy and production exceeding demand can lead to a decline in prices.

To find out more about iron investment, check 99 Alternatives at (http://www.99alternatives.com).