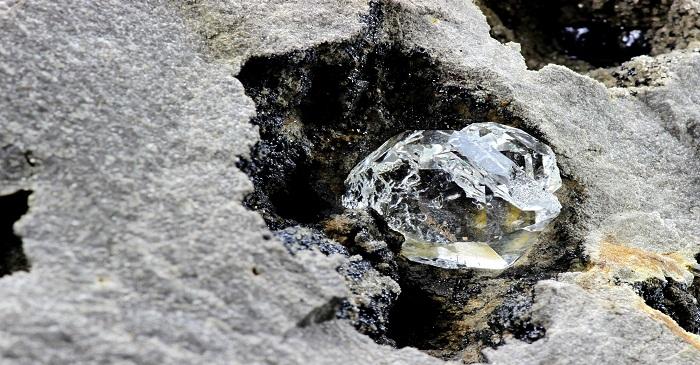 High-net worth individuals invest in diamonds and colored precious gems as it provides an alternative into other market-based investments. Such stones are portable, can be easily stored and continue to gain with the number of year of investment. Before buying shares of diamond mining company or a physical stone, one should try to gain information about related options in investment.  A research on different types of stones, and mining companies stocks should be conducted. Experts predict diamond production will diminish in three decades until new mines are discovered and this will make such natural stones rarer and valuable.  Some miners are known to mistreat workers.

One can invest in mining shares of companies e.g. Rio Tinto, Alrosa where the largest diamond miner Alrosa, recently, announced to invest in operations in Zimbabwe where it registered a subsidiary in the country to launch and extract from mines. The traders in diamond need to identify the C elements – color, clarity, carat and cut, where in colored diamond the color itself holds 50 per cent of the total value but in case of colorless all Cs are equally valuable. The most desirable grading for colored stone is Fancy Vivid and there are other levels such as fancy light, dark, intense and deep. It is said that among 10,000 mined stone only one is of fancy grade. It is time taking labor intensive business to identify the true value of a FCD.

Those interested in getting high value single stone can attend auctions of such collectibles. The most valuable are the rarest ones, and at auctions one can buy it for over a million dollar per carat. At a Sotheby’s auction, in Geneva, in 2017, a pair of diamond earring of 16-carat was sold for $57.4 million. In April 2017 auction at Hong Kong, the 59.60-carat oval Pink Star was sold for around $71.2 million. Many such stones belong to royal houses and have been passed from one generation to other for more than 300 years.

The white alluvial diamonds are scarce and such mining operations have a low entry cost. It, currently, produces over 300,000 carats of stones but the recent modifications in regulation can be disastrous for small scale miners in South Africa.

The mining sector in South Africa is seeing a rapid growth in illegal operations where the alluvial diamond producers face a number of risks. There has been a decline in the mining since 2004, when the MPRDA act was implemented. In 2004, the number of employees working in these mines was over 25,000 and now about 5,000 miners are working in around 180 mining operations.

The local mining regulations are insufficient to acknowledge the issues of all players in the sector, which include junior minors, privately funded projects and multinational operations. The recent introduction of Mining Charter III will lead to increase in the cost of operations and it may create unsustainable situations for small scale projects.

To find out more about diamond investment, check 99 Alternatives at (http://www.99alternatives.com).