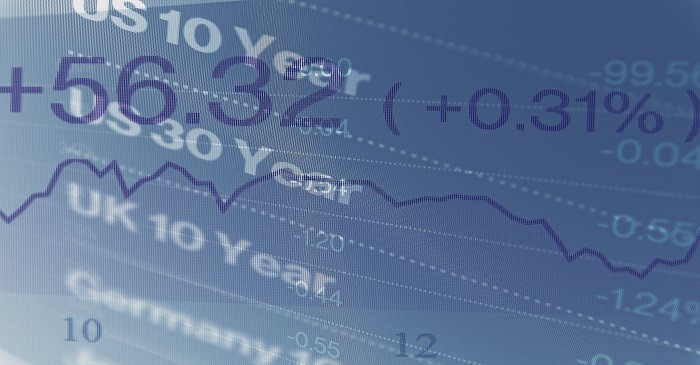 In September, as the US president announced to carry on trade war with China with further 10 per cent restrictions on Chinese imports, dollar suffered loss in the forex markets. China reduced US treasury holdings in the month of July as the trade war began and the Chinese ownership of US bonds, notes and bills reduced by  $1.17 trillion, while, Japan, France, Singapore, Taiwan and Saudi Arabia increased their holdings. Japan holdings increased to $1.04 trillion. Lately, the Japanese investors sold US bonds of more than $60 billion and bought European bonds, which showed quantitative easing of euro area.

US bond market is now expecting at least two rate hikes in the year where the strategists believe the factors driving the economy and the steps taken by the European Central Banksto end asset purchase, raises the doubts of rate hike. The US 10-year yield is being carefully examined by the investors as it is linked to loans, companies, markets and even mortgages, and the yield growth is inversely related to the price.

Europe, Italian government bonds fell on the optimism that the new coalition budget will be based on EU rules on fiscal disciple. The yields of two and five year bonds fell by 15 basis points to the lowest in the month since July, while, German debt grew to four months high. Europe’s high yield bond became highly cheap in the month of September due to high political risks in Italy. With the inflow of funds, the historical record of under-performance of EU bonds as compared to US may overturn, making European high yield bonds more attractive.   Experts believe the bond market may undergo repricing.

Investors believe Fed will raise rates without creating any impact on the economy. The head of US rate strategist believe bonds were ultra accommodating and mis-priced in the last few years.  The 10-year yield was more than 3 per cent in the months of April, May, June and August but it could not hold for long.    Currently, 10-year treasuries are giving mover 3 per cent and 2 year 2.8 per cent, and the federal fund rate is expected to grow in the range of 1.75 to 2 per cent.

The US job report showed average increase in hourly earnings that boosted treasuries but the report on sales had adverse impact as it was below expectations, although, later revised retail sales data was released, which showed increase of sales in the month of July by 0.7 per cent that was up expected 0.5 per cent.