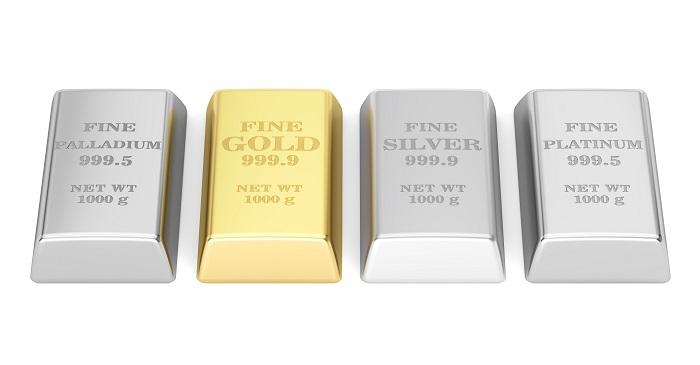 The markets and precious metals were hit by profits ahead of US midterm where the investors are growing uncertain about precious metals but still fund managers are increasing their short positions in gold.  Precious metals rose in the first week of November before the festival of Diwali (i.e. the gold / silver buying festival of India). During this time, the metal silver, gold and copper remained strong, as copper and silver came out of the lows.  The month of October 2018 witnessed drop in US stock market as the market fell 8.8 per cent. It is believed the market was at one of the worst in 9 years, since 2008. Dow was already losing to get a low at 6 per cent below and NasDaq lost 10 per cent from the peaks. Correction was expected in these markets, which led to the rise in precious metals in the first week of November.

Gold and palladium continues to rally and gain, whereas, platinum is heading for a fall where gold was at a low due to strong dollar rates and improvement in US stock market. Silveris also picking up.

Gold trading in a narrow range

Gold has been holding up well in difficult markets. Some experts say the market will not settle here, it is expected to lose more, even with gains in the EU markets. This was specifically unfavorable to the IBM shares which were at $119.64 after losing 4.1 per cent post acquisition of Red Hat Inc for $33 billion. Most of the technology stocks were down in the week which included Amazon, Netflix, Facebook and Alphabet Inc.

Some believe it is difficult to predict a sustained rally in the coming weeks. Amazingly the market is having such unpredictability and lows even in condition   when the unemployment data improved significantly. US economy is growing and government policies are favorable to the share markets.

The factor having a negative impact on the markets are the trade war between US and China, growth in interest rates and unexpected fuel appreciation and other political factors such as German Chancellor Angela Merkel said she will not run for Chancellor in the forthcoming elections after her term ends in 2021.  Such events are having strong impact on the European stocks market, further, the impact of Brexit and Italy budget deficiency are unpredictable. ECB is preparing to end some of its easy money policies and this time precious metals remained strong with not much change in price.

To find out more about platinum investment, check 99 Alternatives at (http://www.99alternatives.com).