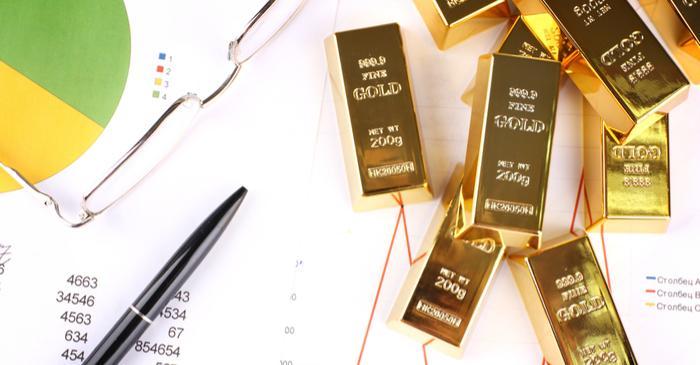 Gold gained to $1310 in March 2019 as the US government bond prices slipped but the investors do not expect the increase in borrowing costs and some are expecting a likelihood of a rate cut by February 2020.

Fed seems to have shifted to a neutral stand on rates and this might have caused an increase in the gold price.   It is, currently, trading at approx. $1300 an ounce which makes it a costly investment, whereas, white metal is at $15 an ounce.

Many buyers may find silver more attractive, which has many industrial uses and the mine resource of silver on earth is limited.

Silveris believed to be underpriced currently, where it is nearly 25 percent down, and the yellow metal has been relatively flat.  These metals along with palladium and platinum can be included in the investment portfolio, as a hedge against the decline in stocks.

These also provide a hedge against currency loss, where the government-based currencies are widely hit by changes in interest rates, and cryptocurrencies are highly volatile and lack stable regulatory support. Many experts are eyeing silver, which has, traditionally, been at a ratio 80 with gold but now it is at 85, which makes it underpriced.

Gold is increasingly becoming popular and the Google Pay app, recently, introduced to facilitate a 24-carat gold buying app, where it will be offering 99.99 percent pure metal.

In the last ten years, since the recession, some of the alternative investment areas which provided high returns include luxury cars, real estate, and gold.

A comparative study of real estate and other options found buy-to-let sector investment in the UK in 2009 granted 92 percent returns(which includes the cost of property and rental benefits), and gold delivered 60 percent growth which was 16 percent more than cash. Stockswere able to deliver 119 percent and classic car value was 94 percent up.

The properties that make it attractive are:

It is one of the rarest metals in earth’s crust and is difficult to mine and extract. The metal retains its properties for years without decaying. It has many uses and is widely bought as a jewelry item. It has a very high demand and supply is short.

There are many unique reasons for it being bought globally. Its prices rise always. The prices never see extreme lows.  As the monetary systems are close to collapse, its demand increases that was seen during the 2008-2009 collapse when the demand for gold increased. It provides protection against geopolitical market unpredictability and hedge against currencies like the dollar.

It is easy to store huge money through it and can be carried easily from one place to other. It can be bought as insurance against volatility and economic instability where the value continues to grow.

One can invest in ETFs and futures that provide safe productive ways to invest at low fees but requires proper understanding, while, one can buy the metal without any professional experience.