Copper expected to gain over growing demand in China 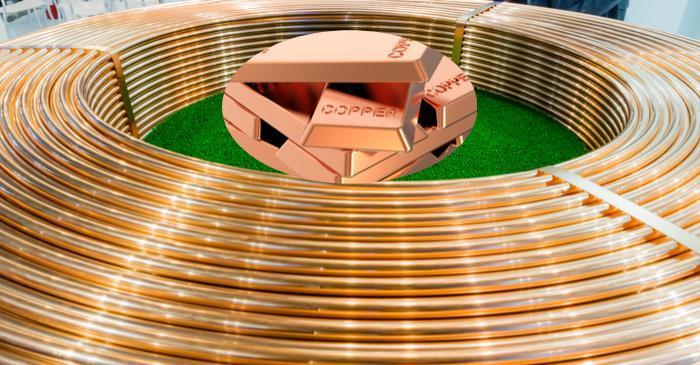 Copper is necessary for technological evolution and the green revolution as many battery vehicles, storage, and infrastructure development projects are dependent on it. Amidst the supply crunch, the deficit is predicted to reach 10 million tonnes by 2028.

On 25th March 2019, the markets went through a volatile trading session over a possible US recession where the crude futures slipped by 0.10 percent and the US dollar spot index was 12 percent off to 96.5310.

On the next day, oil rebounded as the tensions in Venezuela resulted in fears of a slump in crude supplies and even the yellow metal was down on the day, while, the emerging market currencies remained steady.

Copperprice was gaining in 2018, where it had reached $3.2 a ton when US President placed the tariffs on China’s exports, and the market slid. It rallied again with stocks in the early 2019 stage of trades and gave over 2 percent in March's initial weeks, where experts believed copper pricesmay gain in the coming months as they find the supplies are not up to the demand.

The imports of copper scraps were at record lows in the last few months in China as the government reduced the imports to restrict low-grade metal causing environmental pollution but the demand from China may increase as its economy is not likely to weaken anymore.

Red metal markets have moved from being surplus to deficit in the last year, where its use increased in comparison to production. The stock of red metal at the London Metal Exchange warehouse declined from 300,000 tons a year ago to 120,000 tons on March 7, 2019.

The market sentiments and trade deals

Copper has been linked to market sentiments. Its price rallies when the markets are positive and when the global economies perform better. China is one of the largest buyers of copper and it faced a decline in demand in the last few months but analysts believe the worst is now over for China’s economy and the metal may pick up on demand.

The metal is used in electric vehicles, and data center wirings, principally, for cloud functions and such demands will keep the price up.

US-China was trying to negotiate a trade deal but most experts think there are some disagreements between China and the US, and there are some conflicts that cannot be resolved in the short term.

Recently, a major difference of opinion over the sale of American fighters to Taiwan has been reported where the Taiwanese President Tsai Ing-Wen submitted a request to purchase F-16 Viper fighters from the US for its defense needs, and the US agreed to it.

This comes at the time when the US and China are undergoing trade difficulties and the Trump administration has been working to gain a settlement between the two countries.  In a recent media interview (with CNN) Tsai said it was prepared for a possible invasion by China. Experts believe the two countries have extensive issues, which are presently more complicated.