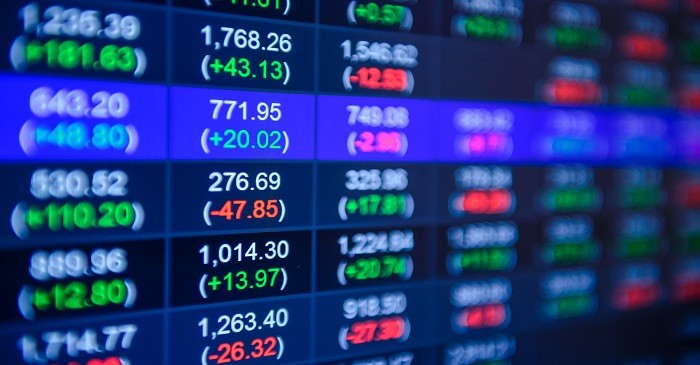 On Oct. 3 Wall Street advanced on higher treasury yields, which lifted financial stocks. Positive news that Italy would cut budget deficit and reduce debt was supportive, and many bank stocks which were underperforming during the year, gained. Although, some of the small caps and regional bank stocks lagged over the broader markets, many financials were still under performing. Some of the regional banks posted eight straight sessions of losses, one of the longest since 2016. Traders believe markets are reaching a new high but look fragile at a point.

The Dow Jones IndustrialAverage was at its highest in October and S&P was at a record level in September.  Analysts claim the new growth has been led by large cap companies, and some of the small caps have been left behind.

US president made a new trade deal with Mexico and Canada, and traders are expecting a deal with China soon.

US president criticized Fed for raising interest rates three times and said this was costing the economy and lowering its substantial momentum.  The Fed chairman Powell said stocks are overvalued and multiple rate hikes were necessary for it. Also, a number of companies are concerned over the long-term impact of tariffs.

US small cap underperformed as compared to large caps, and trader still fear the trade war impact. A set of market pessimists are seeking market lows across the global stock exchanges and say the markets are widely affected by contagious trends. There are many speculation related to US tarrifs on Turkey, central banks actions and currency crisis issues,  which can effect US securities. Some say, the recent Turkey crisis was an overblown issue, which led Turkish market to gain a new bottom.

Japan’s Nikkei was 27 year high on Oct. 2 and the many Asian market indexes were held close to 1991 levels.  Japan has an accommodative monetary policy, fiscal stimulus, GDP and its short term forecast is high. Structural issues and population control are some issues but still it has a positive outlook.

During the previous market crash in 1987, stock markets lost 23 per cent. It led to the installation of circuit breakers, new trading platforms through computers, and technology markets grew with some new success stories.

The dot.com bust of 1999 let to the formation of new companies AOL, Globe.com, Geocities, etc. Although, Globe.com fell in two years, it was trading below $1 a share.

The great recession in 2008 was based on banks’ high risk trading, where massive global funding program was launched to stabilize the markets.

Lehman was highly leveraged leading to a breach and had no ways to recover debts. Eighteen months before the company declared bankruptcy, it was trading at $86 per share, albeit, in 2007, it had declared a net income of $4.2 billion.

To know more about bank shares, check 99 Alternatives at (http://www.99alternatives.com).