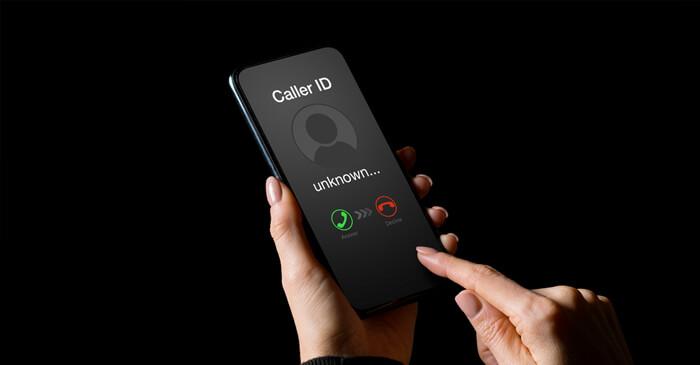 The National Fraud Intelligence Bureau (NFIB) issued a warning related to the scamcalls that appear to come from numbers similar to the number you own. One may think they are talking to a government employee, but it could be a scammer who may be using the trick of malicious number spoofing to get your details.

The initial digits of the number will be the same as the number of the victim where one receives a call from, resembling government calls, related to unpaid government dues or about the police warrants from government agencies that ask the recipient to press a number to talk to the police office or the advisor.

As per reports in May 2021, Action fraud received 2110 such call reports where the initial digits matched the number of the victim's phone number, and most such calls were referred to HMRC or the National Insurance.

Personal details are no more used for login information, and many firms are changing the login system to voice recognition and AI to avoid errors. Still, online scammers may record your voice on your phone to get the login.

How To Identify It As Fake?

Government agencies or law enforcement firms will never ask for unpaid dues or outstanding police warrants through text messages or calls. Therefore, one should not receive such calls, and they should not grant any personal information to the caller.

If you receive any suspicious calls or text messages, you can report this to Action Fraud.