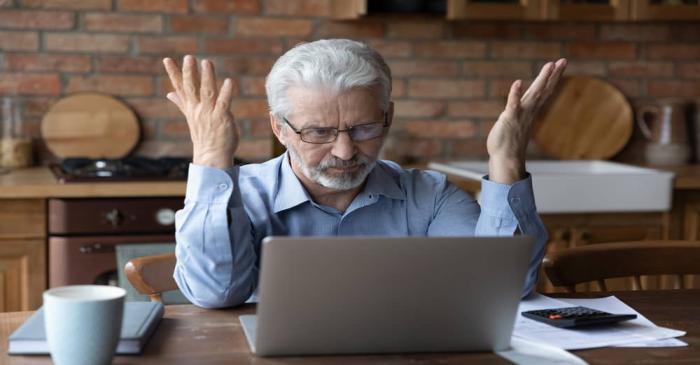 Britons of all age groups suffered losses through TV licenses or fake post office text scams. Besides, tech literacy differences affect the older vulnerable to computer fixing trickeries, and those over the 80s fell for door to door plots. So the UK's regulatory agencies launched an awareness program to help people over 65 recognise the patterns to identify them.

In addition, the UK police released an advisory for those who lost through romance scams. It happens through virtual meetings held by those at home, who respond to personal requests and send explicit pictures, videos, and communications through live camera sessions.

Suddenly they start getting dangerous calls that say the content will be leaked to the employers or family members and are asked to pay to avoid humiliation. Such losses are not just monetary; they may lead to long term emotional distress.

Some of the investment scams are extremely expensive, where the prey is asked to spend money to earn through cryptocurrency or binary options. Impostors pressure the other person to act on impulse. They encourage them to do something they would not do in normal circumstances.

The context seems to impact the person as it is the key and is often used to hit the target. For example, anyone using a mobile phone can instantly send text messages to unknown numbers.

The caller is aware the other person is at home and in a safe situation, so not ready with defences. The text messages or small amount of fund transfer appears on the mobile that reveals the account details.

They use terms like a special deal, money-back guarantees, huge discounts, rare opportunities to make the offer look unmissable. Often, the consumer responds in a friendly voice as they do not feel threatened, but the reaction can be different when they meet someone face-to-face.

The caller claims to be calling from a government body or a bank and use official logos to generate trust. At the same time, they may trick the victim into disclosing all the other details or transferring money from their accounts into the account controlled by them.

Some victims are overconfident about their abilities to spot it, but the fraudsters use innovative ways to get the other person's money. For example, in the case of pension transfer, only 40 per cent of the victims were aware of the methods to transfer.

The FCA warned people about such incidents and asked them to flip the context if they approached them for money. Instead, they need to imagine how they would react if they met in person.

Before making cash or fund transfer to another account, one should conduct complete research and report the dodgy transactions to the regulatory office to get protection. Check the status of organisations where you pay money and identify the criminals' behavioural tactics and patterns.

What Is The Awareness Program?

Although anyone can be a victim, the regulatory agencies found that older who lived alone and those suffering from cognitive issues were more at risk. The losses and emotional pain suffered by them was immense as they often lived alone.

Many experienced a deep sense of sorrow, distress, loneliness, and humiliation and even suffered from a decline in physical health after losing their funds and trust to a scammer. In addition, a study found that two-fifths did not even report the crime to the official channel, and a fifth said they did not tell anyone about it due to embarrassment.

Action Fraud launched a 12-months awareness programme to generate awareness to help empower and encourage the victims to report such crimes.  To help raise awareness, the presenters distributed a video that focused on identifying the patterns and techniques used by the criminals.

The reports found that the criminals used cruel tactics like threatening and other methods to hurt the most vulnerable group, and such incidents left them with nothing. Cybercriminals use sophisticated methods, so the police started the program to equip the adult citizens to know and respond to such actions.