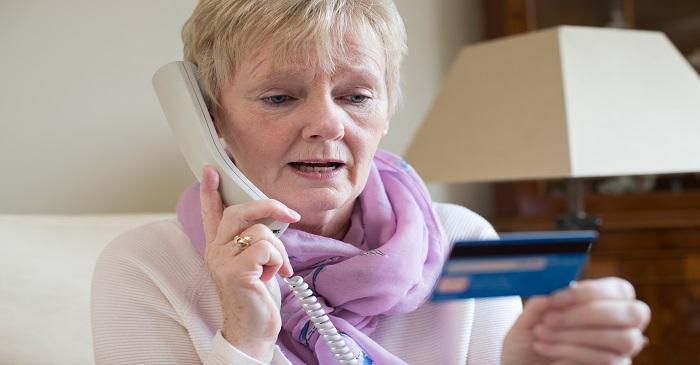 The HMRC issued thousands of emails and text messages regarding the annual bills and warned about suspicious HMRC contact and 500K referrals from people who were offered fake rebates. Some callers may claim to be from the tax department.

They cite several violations in the individual's bills alongside tax evasions as a reason to pay penalties into an unauthorised account. The fraudsters call and send messages to contact people offering tax refunds where the language used by the imposters convinces the buyers to hand over personal information like bank details.

Such criminals use the personal data of the target to trick them into paying fake bills. For example, the client may be asked to pay a huge amount to resolve a tax-related criminal case and drop a non-existent arrest warrant issued by the government authorities.

In addition, they are sometimes asked to pay a fee to hire a solicitor or send allegation fees. Some are guaranteed that their deposits will be refunded once the case is resolved, but it may never happen.

Such gangs impersonate trusted organisations. HMRC reported it was working closely with people to generate awareness and encourage victims to report the calls they get, even if they acted on them.

How To Spot It?

Unexpected calls from HMRC offering tax rebates, grants, refunds or a threatening call can be fake. The caller aims to threaten and force the customers into transferring money into the account of the unknown caller.

Government organisations will never use Whatsapp to message customers about tax-related matters. So, for example, if HMRC sends a message on Whatsapp, one cannot trust it and delete it after asking the victim to transfer money.

They will create panic and force the person to make a quick decision, but one should not get intimated and hang up the call. If you are calling on a landline, wait for some time before calling up the authorities.

Also, you should try to contact the official numbers of the government agents and do not use the numbers or emails given by the suspicious texts or links.
Those who face identify thefts need to use the credit reference agency data, the tax credits, UK passport and payslip to verify and access their account online.

How To Identify Authorised Messages/Calls?

The authorised calls never share information about tax rebates or refunds or ask for personal information. If you get an email promising a rebate, do not click on the links given in the message. An authorised organisation will not ask you to provide details like the mother's maiden name or passwords on a specified link to claim a refund.

The fraudsters may send phishing emails with the signature of a genuine employee or name to add authenticity to their claim, but remember, their main purpose is to get your money.

The number of phone scamcomplaints received by the HMRC to January 2019, increased 360 percent (in the last 6 months), where the scammers acted as tax officials and threatened of legal actions if their proposals were not met by the complainants.

The Treasury minister said if anybody gets such calls, they should immediately hang up and report. The authorities accountable for tax in the UK said such conmen were using the landline numbers to make cold calls.

They cautioned against any such requests where the caller intimidated with legal actions like jail if payments are not made fast, or through vouchers, online or other methods.

The officials stated restrictions on text and email phishing scamshave forced criminals to use phone calls to directly contact the victims. Any person who claims to be someone should not be trusted just on phone.

One should not make any payment or enter a deal, or provide the login details of their bank account, into the sites suggested by the callers, and should seek counsel before making any such payments.

With the enhancement in software solutions for spoofing and robocalls, the number of fake calls is growing across the world, where some customer errors can allow the spammer to waste time and money of the victim. To restrict it, one can sign up for a Telephone Preference Service, or install other types of equipment like a call blocker on their landline phone.

Ofcom identified and closed four-hundred fifty such lines in coordination with HMRC, in the last few years; still, there are around 26 million houses with lines as risk of getting such types of offers.

How to recognize the fake?

Any call from a reputable organization will never force the user to make a payment instantly. They never ask for the bank details or login information on phone or emails. They never contact the person without prior notifications or messages.

Any query where the user is asked to enter the PIN, bank details or passwords should be promptly disconnected.  To stays safe, it is advised not to provide private information, or reply to such messages.

Some websites look like government websites or as a subsidiary but these can be fake. There are some sites, where information about tax rebates or penalties are given where the visitor is asked to make a small payment to avoid penalties.

Do not click on attachments in emails, especially, when it comes without prior notifications. If one is on the verge of losing money or suffered a financial loss, contact the Action fraud numbers.

The user should report about the text messages, emails and phone calls to the government fraud action office.  The complainant needs to mention their phone number, the number from where they received the call, the time and date, and description.

If you have given information or personal details to the scammer such as the email number, addresses, user IDs or Password, mention about it, but do not put in the text the information in an email.