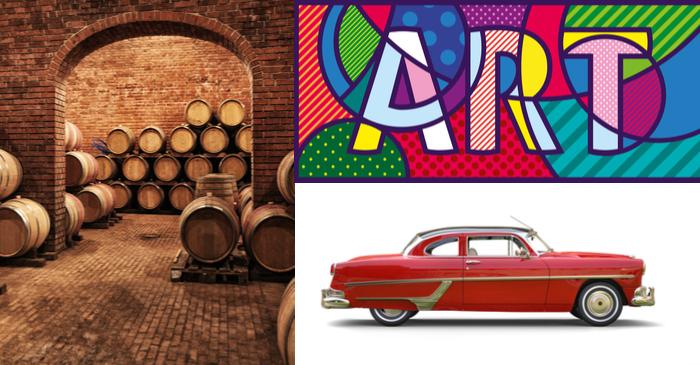 The Global stock markets lowered in the Q3 2018. Even the most secure sectors such as technology was down in the third quarter and now experts are worried over growing tensions between US and China. Market experts are predicting slowdown and poor economic growth. S&P 500 lost at the start of year and investors holding gold lost over 2 per net, but the ones who invested in cash gained 1.9 per cent in 2018.

Investors are seeking a variety of new asset classesto place their cash, and get security and growth in return. Some new asset-classes have been identified by ultra rich buyers who are buying healthcare products such as magic mushrooms to alleviate health disorders (e.g. addiction, depression). Investors are also buying in future battery powered vehicle companies, warehouses and photographer estates.

Many wealthy investors are seeking unusual opportunities in exotics where they are spending on collectibles such as Limited-edition Ferraris and wine, more than ever, the real old ones are getting most buyers. Recently, a red 1962 250 GTO was sold at auction by a tech executive Greg Whitten for $48.4 million. Such cars are mostly auctioned with a guarantee. The owners are buying not for driving the cars but just to own such luxury. In the last 10 years, vintage cars have been delivering around 288 per cent returns as per the Knight Frank Luxury Investment Index, almost double the stock market returns.

Artguarantee a minimum price during auctions, by and large, if the artwork or the artist is renowned. It also guarantees profits on sale. Last year Salvator Mundi of Leonardo Da Vinci was auctioned by Christie, where it fetched $450 million. Initially, it was posted on sale for $100 million. There are many buyers seeking such items. As per ArtMarket Research’s Art100 Index the people who invested in art got over 10.6 per cent average gain by the end of November.

Even art of living artists are fetching in millions. A David Hockney’s painting – ‘A man in a pink jacked’ was auctioned at Christie New York for $90.3 million.

The growth in wines of over 10 per cent was reported as per Live-ex 1000 index.  Wines are considered stable, low risk sector but there are difficulties where new buyers may not be able to recognize the pricing strategies. Also, there exists a lack of proper data in most collectibles trade where some investments have a short lifespan and value.

As per 10 –year analysis, cars remain the best performing asset with gains of over 288 per cent and in the recent times, growth in rare coins was reported. However, there are issues related to pricing, low availability of spare parts and complexity of models.  Coins fetched 182 per cent and wine 147 per cent in 10 years. Jewelry gained 125 per cent, while, ceramics and antiques lost.

Moreover, analysts are predicting strong growth in the equity markets in the coming months and in such condition, luxury investment growth could reverse.

To find out more about vintage car investment, check 99 Alternatives at (http://www.99alternatives.com).