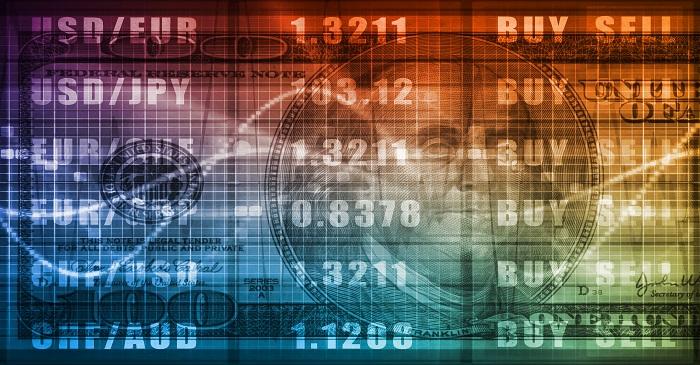 HSBC recent reports on dollar state the forecast of weak dollar was incorrect and USD will continue to rise in the year where EUR / USD may gain to 1.10. In 2018, dollar rallied 3 per cent on trade weighted basis and was 5.9 per cent higher than peak values.  The report states unknown quantitative tightening can determine the trajectory of dollar where some analysts believed the effect of rate hikes led to substantially higher tightening than expected. It claims even in the current situation, dollar is the best as there are many things against it but there are even worse things going against others.

The global investment bank Morgan Stanley is closely analyzing the EUR / USD rates where they maintain the rate is likely to increase when European and Chinese data rebounds, and if US data continues to deteriorate.

Weakness in factory activity in Europe and Asia in the month of December led to strong start for dollar at the start of the year where the Euro fell 1.11 per cent against dollar over weak manufacturing data in Germany, France, Italy and Spain. On 30 Jan, dollar was low against major six currencies by 0.1 per cent to 95.732.

Growing concerns over Brexit led to fall in Sterling by 1.1 per cent. With the increasing possibility of no-Brexit, sterling continues to find a footing and suffered a loss of 0.7 per cent on 29 Jan, as the proposal to prevent chaotic hard exit was rejected. Now the deadline for Brexit has been set for 29 March, and it may be extended but when and how, has yet not been decided.

Yuan gain 2 per cent against dollar in the month itself due to increasing optimism over trade issues and negotiations.

China’s manufacturing data and factory activities were low and export orders continue to contract. To resolve trade tensions, it offered to buy more from US but the two sides have not settled the structural issues, and US administration is threatening to hike tariffs if progress is not made in this regard before the deadline in early March.

Australia was affected by China’s loss. The Capital Economics prediction claim Australian dollar can fall US 60c in 2019 and remain at the point till 2020. There are many predictions related to this where it claimed the iron oreand coal price may slide over depending trade issues and lower rates will make Australian dollar less attractive.

A number of offshore companies may be benefited by the decline and big miners may gain over currency conversion, but, subsequently, go down on commodity price.

Yen gained against dollar from the start of 2019, where it was benefitted by the geopolitical issues as Japan is one of the biggest creditors. Further, it was supported by the long shutdown of US government and fall in the treasury yields.

To find out more about trading forexinvestment, check 99 Alternatives at (http://www.99alternatives.com).